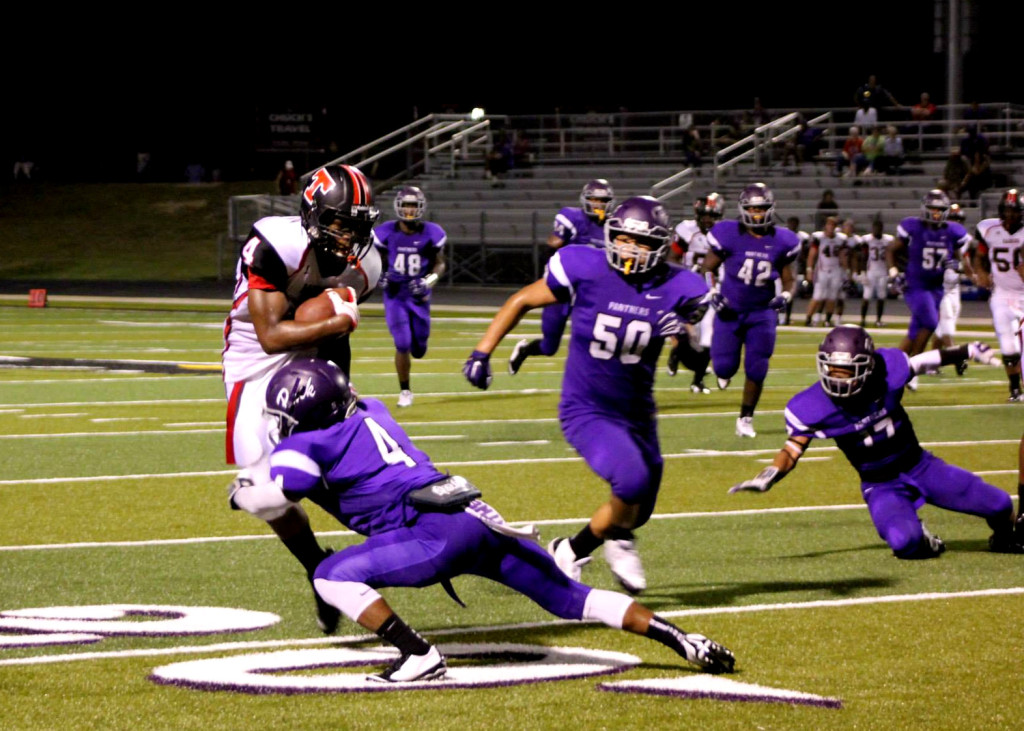 On Friday, Sept. 5, 2014, The Panthers kept their number five spot, pulling out a 43-19 win against the Tyler Lee Red Raiders at Abe Martin Stadium in Lufkin, Texas.

Within the first five minutes of the game, Lufkin had managed to score twice, putting up 13 points. The Red Raiders ate away at the clock while managing a few damaging blows of their own. Halfway through the first quarter, Tyler Lee brought down Lufkin quarterback Trey Cumbie (15) for a safety, then a pass for a touchdown put the Red Raiders on the board with 13-9. A second quarter field goal by the Red Raiders made it a one-point game.

Lufkin answered quickly sending running back Steven Sowell (6) on a 21 yard run for a touchdown, pulling the Panthers ahead by 7. Tyler Lee followed with a run of their own, keeping the score within a point. Panther wide receiver Keke Coutee (2) returned the kick for an 80 yard touchdown, securing Lufkin’s lead into the half at 26-19.

From there, Lufkin’s defense held the Red Raiders from ever reaching the end zone again, while the Panther offense kept driving for a 43-19 win, posting two touchdowns and a field goal during the second half.

The Panthers, 2-0 in non-district play, will travel to Shreveport, La., on Saturday, Sept. 13, to square off against the Curtis High School Patriots, also 2-0 at the start. Kickoff is scheduled for 2 p.m. at Independence Stadium in Shreveport, La.