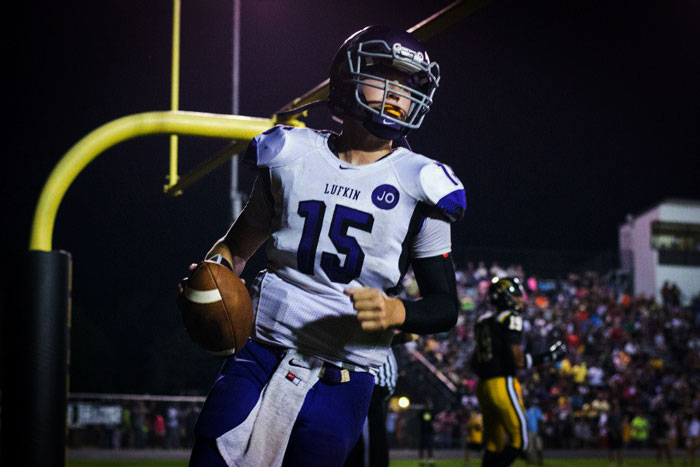 A former Lufkin Panther capped off a memorable week by being named the American Athletic Conference Pitcher of the Week.

Trey Cumbie, a freshman pitcher for the Houston Cougars earned the honor by pitching 13 2/3 scoreless innings to pick up a pair of wins.

He started the week by starting and pitching eight innings during Houston’s 10-0 win over the Top 25 Rice Owls in a crosstown rivalry matchup at Reckling Park on Tuesday.

He allowed just five hits while walking one and striking out five in just his third ever collegiate start.

Cumbie followed that up by earning another start and throwing 5 2/3 scoreless innings against the Cincinnati Bearkats in a 4-0 win on Sunday afternoon. He allowed four hits and three walks while striking out four.

Those two efforts were enough to lower Cumbie’s ERA to 1.33.

Cumbie, a 2015 Lufkin graduate, was a starting quarterback and pitcher in his time with the Panthers.

The Cougars will be back in action on Tuesday as they take on Rice at Sugar Land’s Constellation Field at 6:30 p.m.