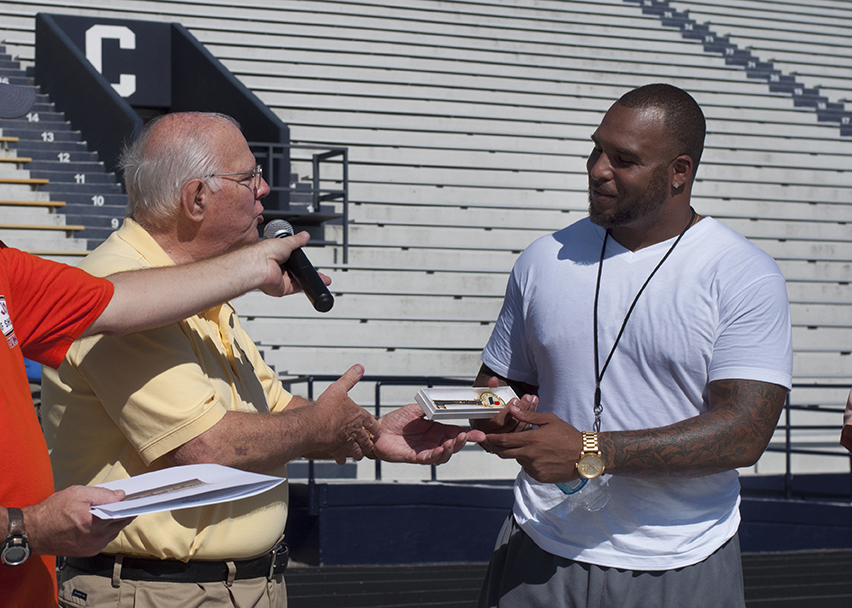 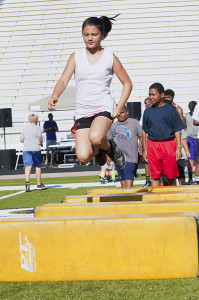 “Coach John Outlaw called him ‘the best guy I have ever coached’ and that he ‘could start in any position on either side of the ball,'” said Mayor Brown. “He is a caring family man who takes great pride in his community.”

Lane played for the Lufkin Panther football team before playing at Texas A&M from 2005-2008, during which time he tied the school record for 19 rushing touchdowns. 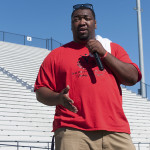 Opening ceremonies for the camp also included former Lufkin Panther and former teammate of Lane’s,  D’Gary Evans, deputy for Fort Bend County. “Make the best decisions you can,” he said. “Decisions you make off the field will decide how well you do on the field.”

The first football camp for Lane of Hope, founded by Jorvorskie, was attended by over 200 boys and girls, ages 6 to 18 years of age. The kids were taken through warm-ups, exercises, and drills by members of the East Texas Timber Rattlers, Lufkin’s professional arena football team.

“We’re happy to help,” said Nancy Harvard, owner of the Timber Rattlers. “We love the game and the kids love the game. We’re all having fun.” 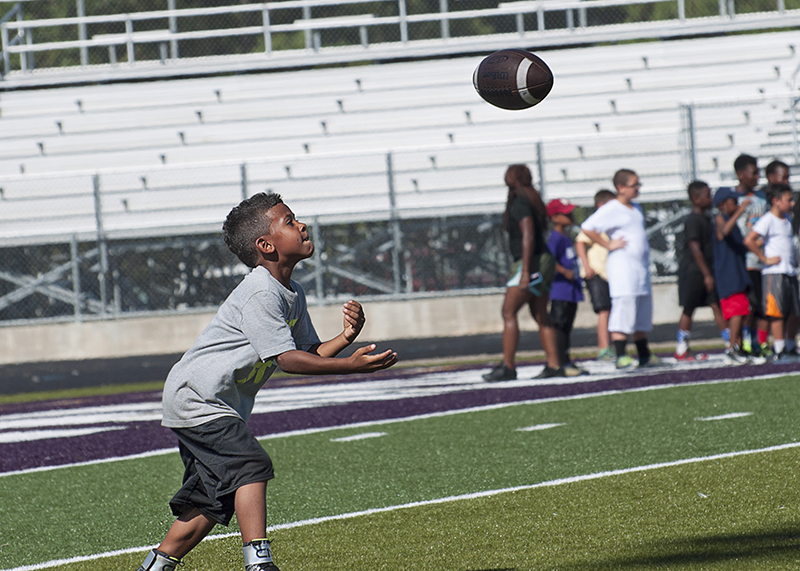 Our mission at Lane of Hope is to create a community in which reading, writing, speaking, listening, and thinking serve as the foundation for life-long learning. Along with literacy education, in the spirit of our founder, Jorvorskie Lane, we also teach the basic skills and fundamentals of sports, where all children will have the opportunity to participate regardless of skill level.