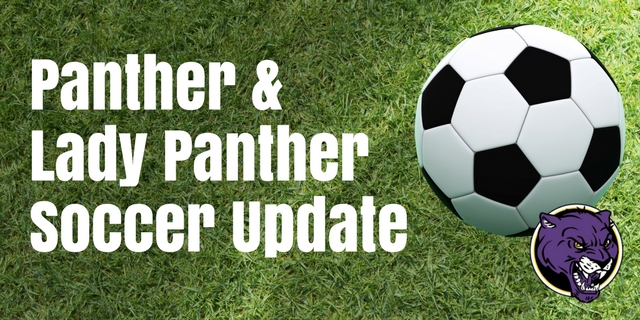 A day after rolling to an 11-1 win over the Nacogdoches Lady Dragons, the Lufkin Lady Panthers battled their way to a 1-1 tie during the second day of the Lady Pack Showcase at Jase Magers Soccer Field on Friday night.

Julissa Muniz put Lufkin on the verge of a win with a second half goal, but Burleson scored the equalizer on a penalty kick later in the half to force the tie, Lufkin’s second of the season.

The Lady Panthers will round out their own tournament as they take on Tyler Lee at 2 p.m. on Saturday.

In other varsity games on Saturday, Burleson plays Hudson at noon and Nacogdoches plays Longview at 4 p.m. Those games will be played at Jase Magers Soccer Field.

In JV action, the Lady Panthers dropped a 2-1 decision to the Longview Lady Lobos. Vanessa Escobedo scored the lone goal for Lufkin.

In Longview, the Panthers continued their early tournament action by battling to a 0-0 tie against the John Tyler Lions.

The Panthers will look to get back on track as they face Kilgore on Saturday afternoon at 1 p.m.

In JV action in Longview, Bryan Banda scored a goal for the Panthers as they settled for a 1-1 tie against Sulphur Springs.

Lufkin’s JV will take on Henderson at 11:30 on Saturday morning.