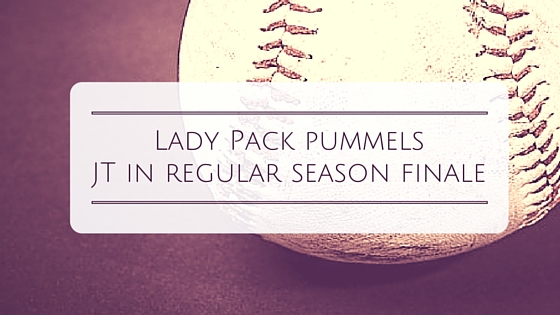 Playing on John Tyler’s Senior Night, Lufkin kept the pressure on the Lady Lions in a game that was called after three innings due to a mercy rule.

Jasmine Ibarra had an outstanding night at the plate for Lufkin with a triple, homer and four RBI.

Cailee Hendrick had a pair of doubles and three RBI, while Yami Valdez had two singles, a double and three RBI.

Julie Armes had a double, single and three RBI.

Smiley Radke got the win for Lufkin striking out all six batters she faced via strikeout.

Alex Flores struck out two in one inning of work to close out the game.

Lufkin will open the playoffs with a bi-district series against Texas High this week.

The series starts on Thursday night at 6 at Texas High. The second game of the series will be at Morris Frank Park on Saturday at 2 p.m. with a third game to follow, if necessary.

Tickets at the gate are $5 for adults and $3 for children and students.