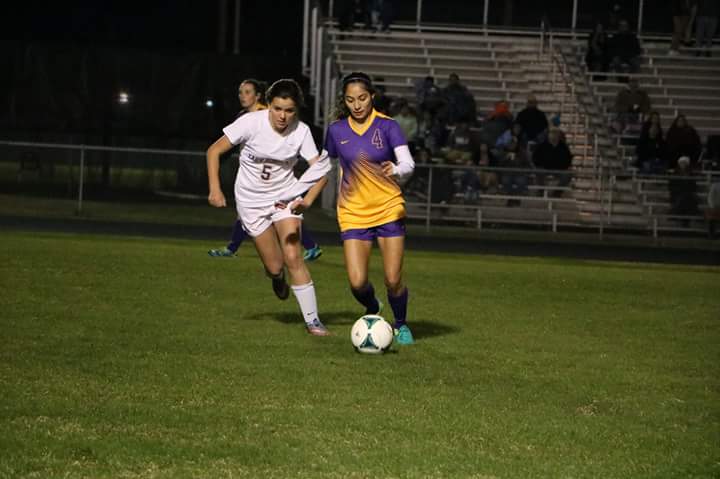 Looking for their first district win, the Lufkin Panthers instead had to settle for a 1-1 tie against the Conroe Tigers at Jase Magers Soccer Field on Friday night.

Lufkin picked up an early lead with Rodrigo Molina scoring a goal to make it 1-0.

However, Conroe was able to score the game-tying goal with 30 minutes left as the Panthers were unable to come up with the winner.

Lufkin moved to 0-1-1 in district play with the tie and will hit the road for the first time in district action on Tuesday night as it travels to face to face Montgomery.

Lady Panthers 2, Conroe 1 – The Lufkin Lady Panthers held off a late Conroe Tigerettes’ surge to post their first district win as they came away with a  2-1 win in Conroe Friday night.

Katelyn Knowles got Lufkin on the board as she scored a goal in the first half for a 1-0 lead.

Julie Muniz then added an insurance goal in the second half for a 2-0 advantage.

That goal proved to be a pivotal one as Conroe scored with 11 minutes remaining. However, Lufkin had enough to hang on for the 2-1 win.

Lufkin will be at home for the first time in district action on Tuesday night as it hosts Montgomery.

In JV action on Friday night, the Panthers dropped a 2-1 decision while the Lady Pack fell by a 1-0 score.