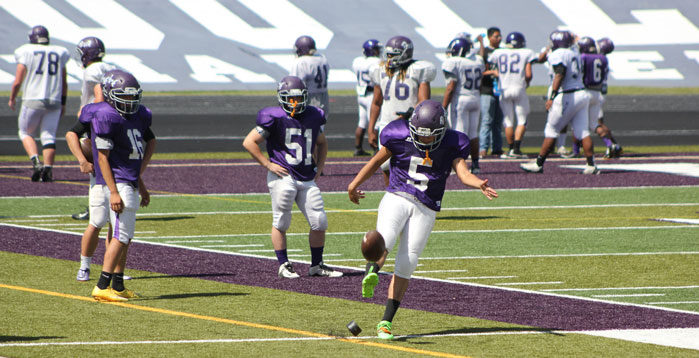 With the Lufkin baseball and softball teams soaring through the postseason, the football team made a change to their spring game to allow fans the opportunity to see the 2016 Panthers in action.

The Panthers will hold their Spring Football Game on Wednesday night at John Outlaw Memorial Field at Abe Martin Stadium.

The freshmen will start at 5 p.m. with the JV and varsity following at 6.

The scrimmage was originally scheduled to be played on Thursday night but was moved due to the baseball and softball teams each starting their series that same night.

Lufkin is coming off a season in which it advanced to the playoffs for the 18th straight time. The Panthers went 7-4 on the season, falling in the first round of the postseason against the Longview Lobos for the second straight year.