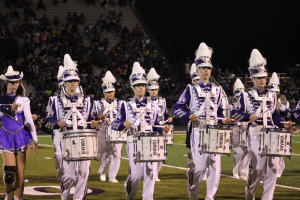 Congratulations to the Lufkin Panther Band on earning a First Division Rating at the 2014 UIL Region 21 Marching Band Contest. The contest, held at Homer Bryce Stadium in Nacogdoches Texas  featured 41 bands. The MSG Television cameras covered the contest and will include the UIL performance after the end of the Lufkin vs Lindale Football game this week.  MSG Television was also at the Region 10 Contest in Port Neches and will include the performances of Hudson and Diboll.