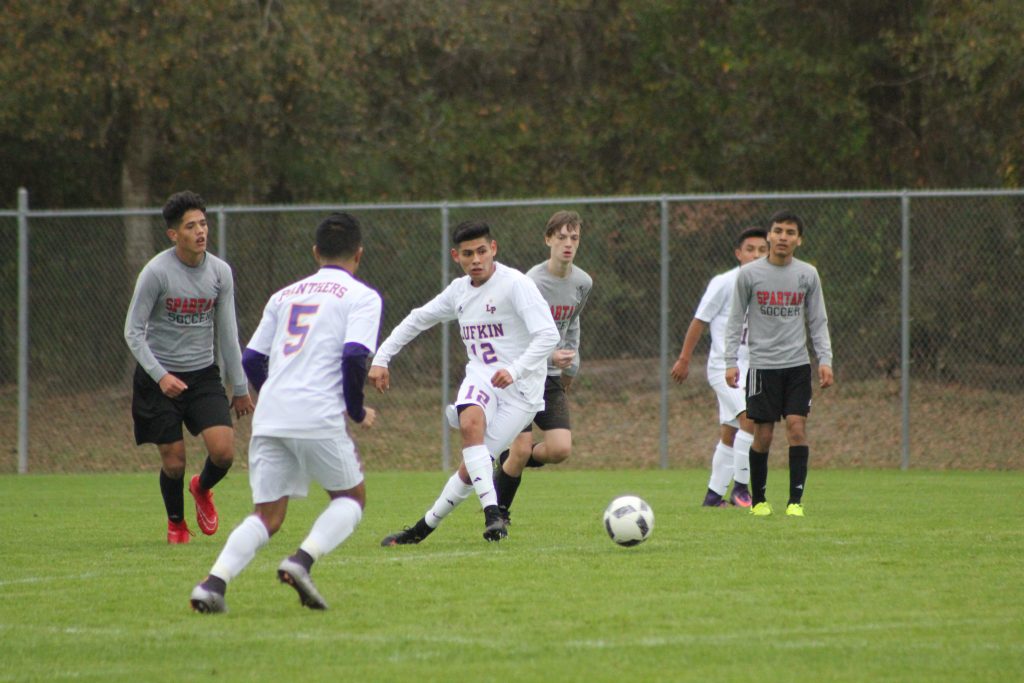 The Lufkin Panthers’ soccer team put up quite a fight but couldn’t get the result it needed as it dropped a 2-1 decision to The Woodlands Highlanders at Jase Magers Soccer FIeld on Friday night.

The Woodlands scored a pair of goals in the first 25 minutes of the game and appeared to be headed to another easy win over the Lufkin, but the Panthers weren’t going to let their playoff hopes end without a fight.

Hilario Villegas scored a goal with eight minutes remaining in the first half, but the Panthers weren’t able to get the equalizer as they dropped the 2-1 decision.

The loss, combined with a 1-1 Conroe (3-5-2 in district) tie against College Park, left the Panthers (3-6-1) a single point out of the playoff picture.

On the girls’ side, Lufkin was on the wrong end of a 3-0 setback at The Woodlands.

Despite the loss, the Lady Panthers had already punched their ticket to the postseason. Lufkin will enter the playoffs as the third-place representative from 12-6A.

The Lady Panthers will open the postseason against the Tyler Lee Lady Raiders. That game will be played on Thursday night at 6 in Tyler.

The Woodlands finished as the first-place team in 12-6A followed by College Park, Lufkin, Oak Ridge, Conroe and Montgomery.