The Ambit Energy Game of the week – Lufkin vs. College Park is online!
District-opening win a nice start for Panthers 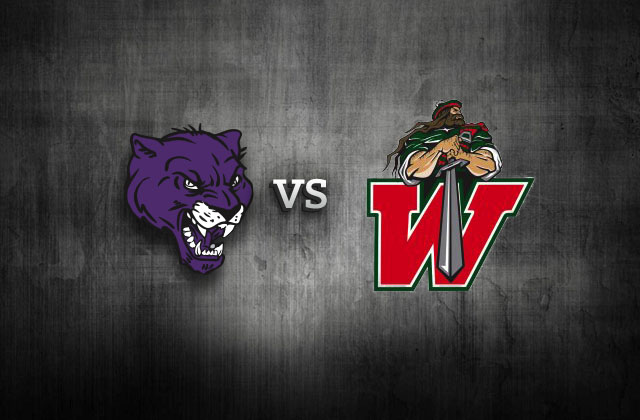 The opening week of District 12-6A play offered little in the way of surprises with Lufkin punishing College Park and Beaumont West Brook rolling past Montgomery.

In addition to those scores, Oak Ridge had an easy time with Conroe.

The intensity will step up a few notches this week in a game that could eventually decide the district championship as the Panthers make the trip to Shenandoah to take on The Woodlands Highlanders at Woodforest Bank Stadium.

The teams have a history dating back over a decade in which their matchups usually decided the district title with Lufkin owning the early part of the series before The Woodlands bounced back in later years.

In other action, Oak Ridge travels to Montgomery and Conroe faces College Park in a pair of matchups that could go a long way in deciding the fourth playoff spot.

Beaumont West Brook, which is still undefeated, has the week off to rest up for a trip to face The Woodlands in next week’s game of the week.

Here is a look back at last week’s action and a look ahead to this week’s games.

The Woodlands has looked the part of a contender both for the district and state titles by steamrolling through a tough non-district schedule. After a narrow win against Cy-Fair, The Woodlands has three straight wins, including back-to-back victories over last year’s state champions George Ranch and Katy.

The Highlanders also have an extra week of preparation for the early season showdown against the Pack after last week’s bye.

Meanwhille Lufkin had little more than a tune-up against College Park in the district opener in front of a homecoming crowd.

Those playmakers will see much more of a challenge this week against a Highlander defense that is among the state’s best.

Oak Ridge (3-2, 1-0) at Montgomery (3-2, 0-1) – With Lufkin, The Woodlands and Beaumont West Brook apparently lined up for the first three playoff spots, this is one of two games that could go a long way in solving the puzzle for the last playoff spot.

Oak Ridge got a step up to that spot by pounding Conroe 38-13 in the district opener. After falling in an early 7-0 hole, the War Eagles scored the next 38 points in coasting to the win.

Oak Ridge finished the game with six different ball carriers running for more than 20 yards on a night the War Eagles ran for 274 yards.

Montgomery will look to climb back into the playoff chase after a 45-24 loss to Beaumont West Brook in the district opener.

Montgomery found itself in an early 28-0 hole that it couldn’t crawl out of despite trimming that margin to 11 points in the third quarter.

Jordan Hood was solid with 219 passing yards, but an interception that was returned for a touchdown ended up ending Montgomery’s upset bid.

With Lufkin and The Woodlands still left on the schedule, Friday night’s game will serve as a virtual “must-win” for Montgomery.

In that game, Conroe got off to a quick start with a 29-yard touchdown pass from Colby Kizzie to Kelly McFarland midway through the first quarter.

However, that was the last time Conroe got in the end zone until Donaven Lloyd scored on a one-run after the game had long been decided. Lloyd finished the night with 96 yards on 30 carries.

College Park continued to struggle in the district opener as it was overwhelmed in front of Lufkin’s homecoming crowd.

By the time College Park scored with one second left in the first half on a Jordan Turnquest one-yard touchdown run, Lufkin had already rolled off the first 42 points.

Turnquest had a strong night for College Park, running for 131 yards and two touchdowns on 19 carries, but he struggled through the air, completing 8-of-23 passes for 68 yards and an interception.

The Cavaliers have lost each of their first five games by at least 19 points.

Beaumont West Brook (5-0, 1-0) – West Brook continued its run through the early part of its schedule by rolling to a 45-24 win over Montgomery in the district opener.

Joel Denley ran for 135 yards and James Jones had 131 in helping West Brook to an early 28-0 lead. After Montgomery cut that margin to 11 points in the third quarter, West Brook was able to seize control of the game thanks in large part to a pick six by Steven Jones.

Kandin Robertson was another playmaker for West Brook with four receptions for 132 yards and a touchdown.

West Brook has its bye week this week before a key two-game stretch that starts with a home game against The Woodlands before it hosts Lufkin.