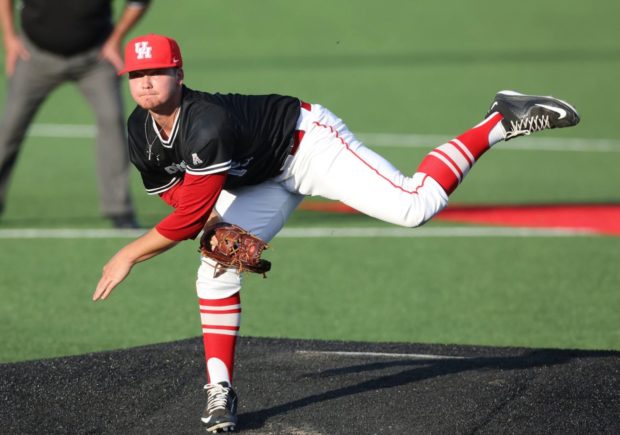 When the 2017 baseball season got underway, former Lufkin standout Trey Cumbie was trying to work his way into the weekend rotation. Now as the Cougars prepare for another postseason run, Cumbie has proven himself as not only a top Houston starter but one of the best pitchers in the conference.

He was recently honored for his efforts as he was named the American Athletic Conference’s Co-Pitcher of the Year. Cumbie shared the award with Central Florida’s Robby Howell.

It was only the fifth time in the Houston baseball program’s history that one of its pitchers earned a conference’s top honor. It was also the first time since 2006 that a Cougar has won the award.

In addition to being named Co-Pitcher of the Year, he was also a first-team selection to the All-American Athletic Conference First Team.

He led the conference with a 2.02 ERA and a 9-1 record during the regular season.
Cumbie also threw three straight complete games to become the first Cougar in the past 15 years to accomplish that feat.

In addition to those numbers, he pitched four complete games, including two shutouts.

In 89 innings of work, he struck out 73 batters while walking just 12.

Before heading to Houston, Cumbie was a two-sport standout for the Panthers where he was an all-district player both on the baseball and football field.

Houston will open its conference tournament on Tuesday.