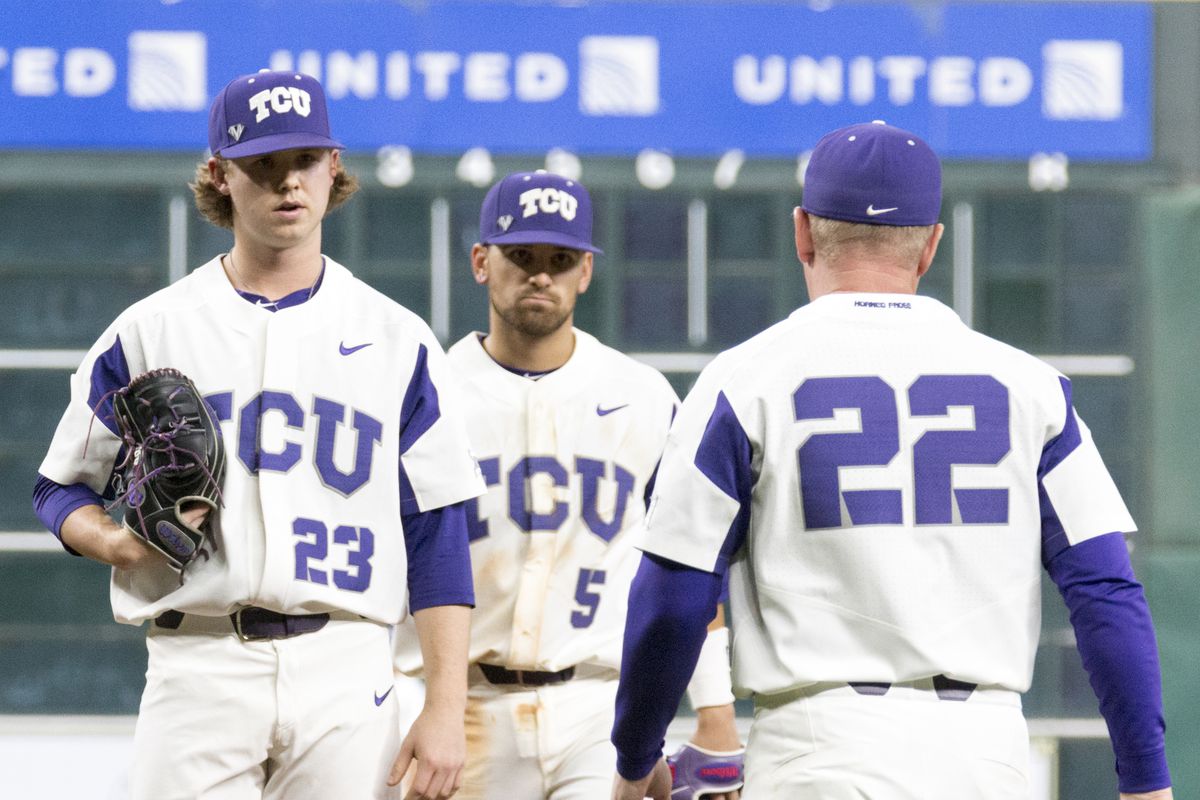 A former Lufkin Panther will get his chance to be on the game’s biggest stage as Haylen Green is headed to the College World Series with the rest of the TCU Horned Frogs.

This season, Green had a solid start to his collegiate career as he saw action in 14 games, including two starts. He finished the season with a 2-1 record with a 3.26 ERA.

In 19 1/3 innings, the former Panther allowed 11 hits and nine walks while striking out 24.

Heading into the College World Series, the Horned Frogs have a 47-16 record.

TCU has become one of the elite baseball programs in the nation as it has five College World Series appearances in the past eight seasons.

However, the Horned Frogs have yet to bring home the title in that span.

TCU will open the College World Series on Sunday night at 6 when it takes on the Florida Gators.