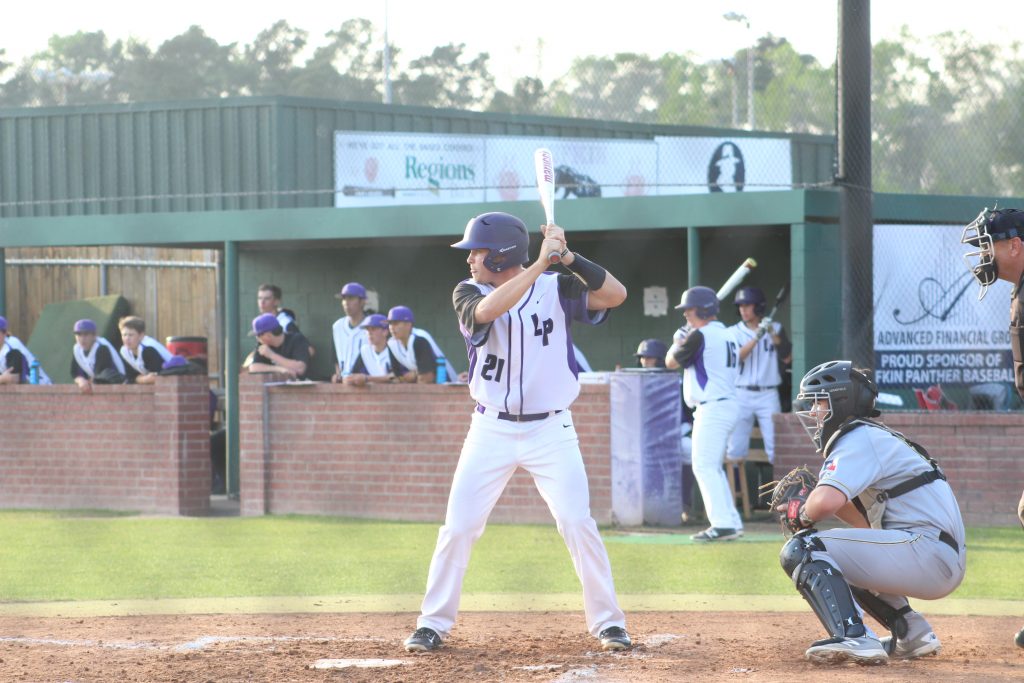 Looking to follow up a key district win over Conroe with another victory, the Lufkin Panthers’ baseball team stumbled late in dropping an 8-4 decision to the Montgomery Bears in Montgomery Tuesday night.

After jumping out to a 4-0 lead in the middle of the fifth inning, Lufkin saw Montgomery strike for six runs in the bottom of the inning and two more in the sixth on its way to an unlikely 8-4 victory.

Dillon McDuffie took the loss on the mound for the Panthers as he allowed five runs, three earned, on four hits and four walks in 4 1/3 innings.

Clayton Corley came on in relief and allowed three runs, two earned, on two hits and two walks with a strikeout in an inning of work.

Kolton Eberlan didn’t allow a run in getting the final two outs of the game as he walked one batter.

On the offensive side, Max Quick led the Pack with a pair of singles. Davis Powell and Clayton Corley each delivered a double and two RBI, Jonathan Dewberry hit a triple and Clayton Gesford and McDuffie each chipped in with a single.

After a scoreless first inning, Lufkin struck for a run in each of the next four innings.

The Panthers took a 1-0 lead in the second inning on a Corley RBI double.

That lead went to 2-0 in the third inning when Dewberry tripled and scored on a Powell groundout.

A third run was added in the fourth inning with Corley walking and coming around to score on an RBI double from Powell.

That lead went to 4-0 in the fifth inning on Corley’s sacrifice fly.

However, on the way to a second straight win, Lufkin hit a roadblock in the bottom of the fifth inning as Montgomery struck for six runs on four hits and two errors.

The Bears added two insurance runs in the sixth inning to take a four-run lead and the Panthers went down in order in the seventh inning.

The Panthers (1-2 in district) will return to action on Friday night as they host Oak Ridge.