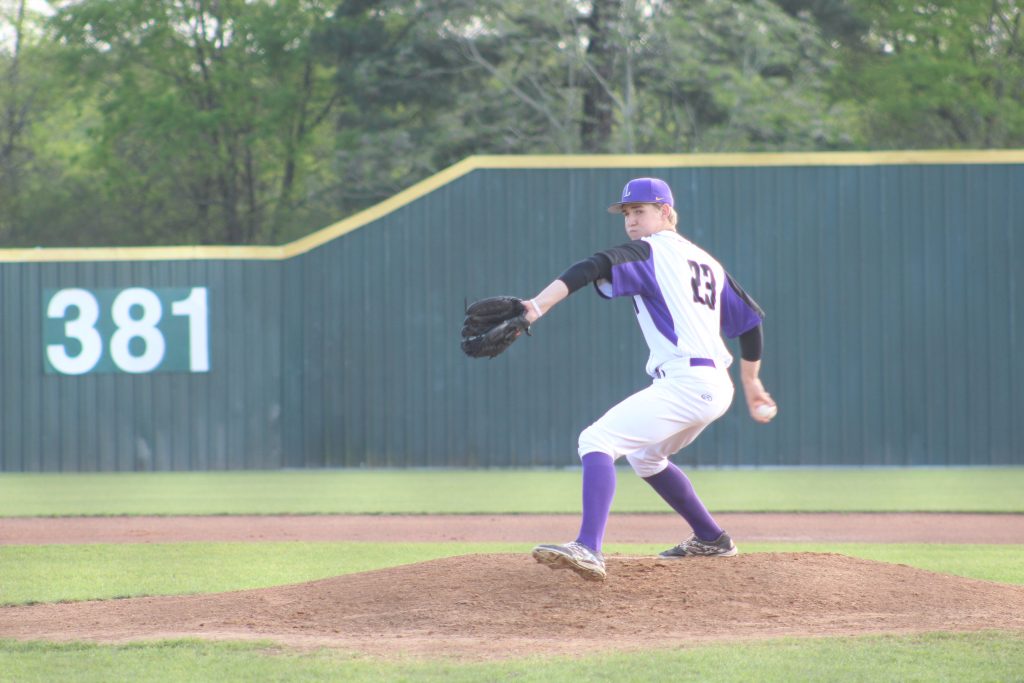 Putting a district-opening loss in their rearview mirror, the Lufkin Panthers’ baseball team bounced back with a pivotal 1-0 win over the Conroe Tigers in District 12-6A action at Morris Frank Park on Friday night.

Tanner Green was stellar on the mound as he pitched a complete game shutout to send Conroe, one of the district favorites, to its first loss in district action.

With pitches at a premium due to the UIL’s new pitch count, Green never came close to the limit in a game that he needed only 75 pitches to complete. He allowed no runs on six hits with two strikeouts.

That was just enough to outduel one of Conroe’s top pitchers, Colton Debowski, who held Lufkin to a total of three hits while striking out three.

The game was scoreless through 5 ½ innings as both teams stymied the opposing lineups.

In the sixth inning, Dillon McDuffie walked and Jonathan Dewberry kept up his hot bat with a single. Davis Powell then reached on a fielder’s choice when Conroe failed to get the lead runner at third. Dylan Murphy followed with a sacrifice fly that brought in what proved to be the game’s only run. From there, Lufkin had to escape one final threat as Conroe put a runner in scoring position with one out in the seventh inning. However, Green escaped trouble by inducing a fly out and groundout to end the contest.

Lufkin’s offense was paced by Hunter Van Schoubroek, Powell and Dewberry, who had a single apiece.

The Panthers (9-6-1, 1-1) will go after another win on Tuesday night as they travel to face Montgomery.