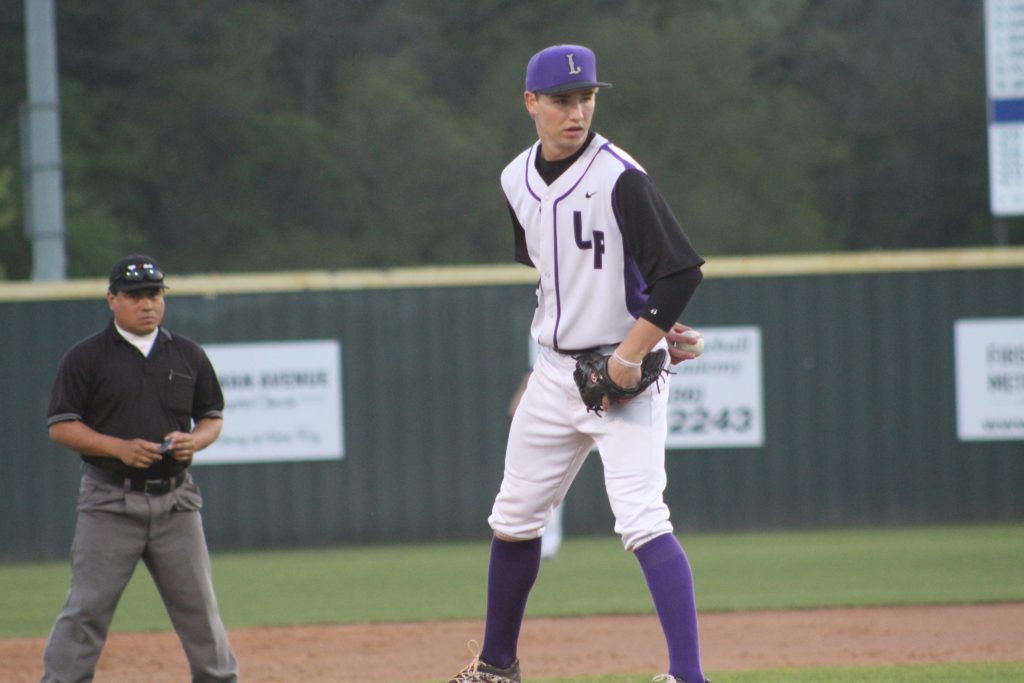 With every win at a premium in a tight playoff chase, the Lufkin Panthers made the most of a three-game series with the Conroe Tigers, finishing off a season sweep with a 2-1 win on Friday night at Morris Frank Park.

Tanner Green proved to be the difference on the mound as he kept the Conroe bats in check until Lufkin could strike for two late runs in winning its third straight game over Conroe.

Green allowed a single unearned run in the first inning before blanking Conroe the rest of the way.

After trailing for most of the game, Lufkin finally got its offense going in the fifth inning with the help of a Henson leadoff single. Jonathan Dewbery bunted him over to second and Dylan Murphy delivered an RBI single that knotted the game at 1-1.

Following another scoreless inning from Green, Dillon McDuffie led off the bottom of the sixth with a single then stole second.

With two outs, Henson came up with another clutch hit, delivering an RBI single that provided the winning margin.

In the seventh inning, Conroe got a runner on base before Green got the final two outs.

Henson led the Panthers with two singles while Murphy, Dewberry and McDuffie had a single apiece.

It was a key series sweep for the Panthers after they were swept in the season series by College Park.

The Panthers (12-10, 4-5) will look to keep up their late-season momentum on Tuesday when they host Montgomery at 6 p.m.