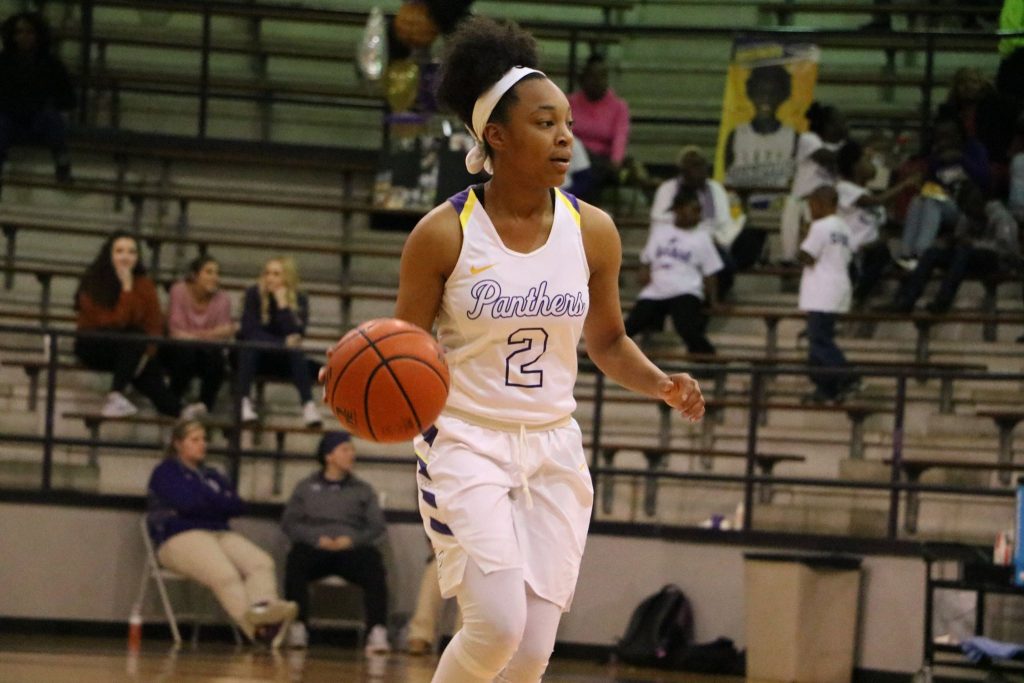 Playing at home for the first time in two weeks, the Lufkin Panthers spent most of the first half just trying to find their footing. When the Pack finally found its range, they left the Montgomery Bears in their rearview mirror.

Using a 20-2 run that bridged the second and third quarters, the Panthers turned a six-point deficit into a 12-point lead before opening things up down the stretch in a decisive 62-35 win at Panther Gym.

Kordell Rodgers led Lufkin with 17 points and nine other Panthers found the scoring column as they completed a season sweep of Montgomery. In the process, Lufkin regained some momentum after dropping its last three games, all on the road.
Bryce Cernosek led Montgomery with 11 points.

For much of the first half, it looked like it would be an uphill climb for the Panthers against the last-place Bears as they made only three first-quarter field goals and trailed 12-8 after the opening quarter.

Lufkin cut that margin down to a single point on a KeVonte Hurts free throw and a steal and a layup from Rodgers before Montgomery answered with a 6-1 run that gave the Bears their biggest lead of the game at 18-12.

That seemed to serve as a wakeup call for the Panthers, who started the 20-2 run by scoring the next 10 points. Hurts started the run with a jumper before Nick Wilson hit a layup. Lufkin then tied the game on Courtnee Garcia’s jumper that made it 18-18 with 2:12 left in the half.

The Panthers got their first lead when Nick Wilson scored on back-to-back buckets in the paint, making it 22-18.

Montgomery answered with a Cernosek drive before Lufkin’s Rodgers hit a free throw with less than a second left in the third quarter, giving the Pack a 23-20 lead at the break.

The Panthers started the second half on fire as Chris Thompson hit a three before using their defense to leave Montgomery behind.

The Panthers eventually took a 40-26 lead into the fourth quarter on the strength of a JaCourtney Calvin layup.

Then leading 42-30 in the fourth quarter, the Panthers put together a 12-0 run to end any hopes of a Montgomery upset.

Rodgers started the run with back-to-back triples before Calvin made layups on consecutive possessions, making the score 54-30.

The Panthers continued to extend that margin before Jeremiah Davis’ basket with 10 seconds left gave the Panthers the 27-point win.

Lufkin returns to action on Friday when it travels to face Oak Ridge.

In Montgomery on Tuesday night, the Lady Panthers wrapped up a remarkable regular season by clinching a share of the district title as they routed Montgomery, 65-37.

Lufkin will open the postseason next week with an opponent, date and time to be announced.