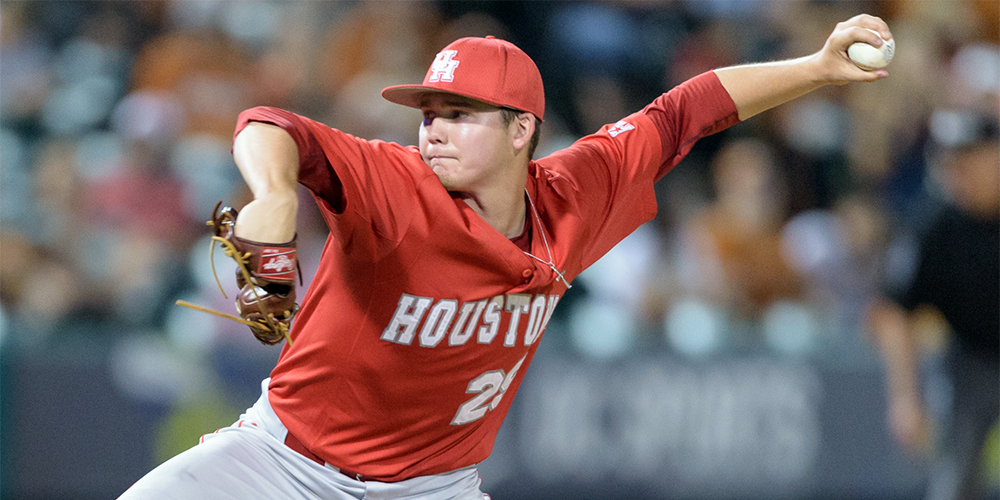 Former Lufkin standout Trey Cumbie is continuing to make a name for himself at the collegiate level after he was named the American Athletic Conference’s Pitcher of the Week honor for the second time this season.

Cumbie earned the honor, the third in his Houston career, by pitching a complete game to lead his Cougars to a 9-1 win over the Connecticut Huskies.

He gave up one run on six hits and two walks while striking out six batters in his nine innings of work.

After starting the season as a midweek starter for the Cougars, the former Panthers’ pitcher and quarterback has emerged as one of the staff’s aces.

He has a 7-1 record in 11 starts this season. Cumbie also leads the Cougars’ pitching staff with a 2.41 ERA.

He also has an impressive strikeout/walk ratio as he has fanned 58 batters while walking only 11.

Houston currently has a 31-17 overall record and an 11-7 mark in conference action.

The Cougars currently are in a second-place tie in the conference with Central Florida with each team one game back of South Florida.

The Cougars play at Tulane in a weekend series starting on Friday.