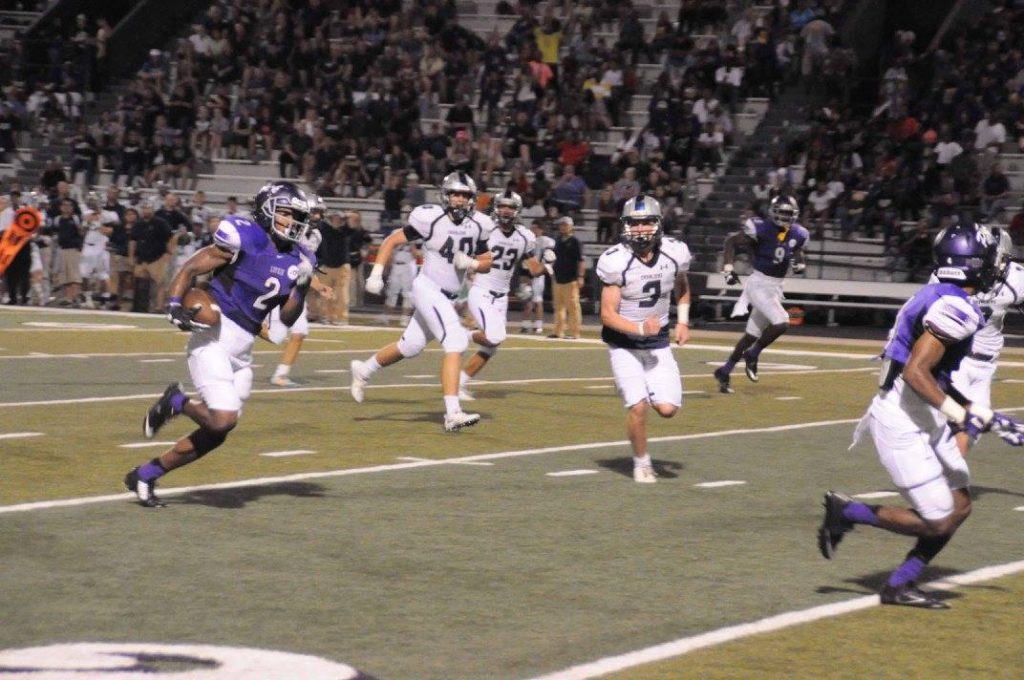 With the heavy lifting in the Lufkin schedule coming in the next two games, the Panthers know not to read too much into their district-opening 58-17 win over the College Park Cavaliers on homecoming night.

Lufkin dominated from the opening kickoff on each side of the ball, scoring on its first six possessions before allowing a single point. Late in the game, the Panthers added a special teams touchdown with a long return from Malik Jackson.

It was a nice start for the Panthers, but one they insist is just a first step. College Park entered the game with an 0-4 record and never showed any signs of putting a scare into Lufkin.

“You don’t want to let them hang on,” Lufkin head coach Todd Quick said. “You want to squash it pretty quick and we were pleased we were able to do that. We got contributions in all three phases.”

The Lufkin defense was one of the biggest keys in the win over College Park. Since allowing 69 points against Parkway, the Panthers have looked like a different unit in the previous two weeks.

The Panthers held Monterrey Prepa Tec to a total of seven points then kept College Park in check for most of the night.

The Cavaliers finished the night with 308 total yards with much of that damage coming well after the game had been decided. The Panthers also forced the Cavs into a pair of turnovers.

“We’ve locked down a lot better the last two weeks,” Quick said. “We’ve played more kids and been fresher on the defensive line. New faces have been making some plays and we’re going to keep on doing that.”

Meanwhile, Lufkin’s offense continued to be nearly unstoppable. Like a week earlier, College Park seemed to be more intent on slowing down the run as Kahlil Brown ran for a hard-fought 73 yards and a touchdown on 14 carries.

Kordell Rodgers had more touchdowns (6) than incompletions (4) while throwing for 420 yards.

Nine different Panthers caught passes, led by Malik Jackson with five catches for 167 yards and a pair of touchdowns.

Lufkin will now look to continue that momentum into what should be its biggest test of the district schedule as it travels to face The Woodlands on Friday night at 7:30.