Former Lufkin Panther Matt Purke recently made his Major League debut with the Chicago White Sox. Purke, who grew up in Lufkin and played for the Panthers in his freshman season before moving to Klein, has pitched in five games, allowing four earned runs in 9 1/3 innings of work. He currently has a 3.72 ERA, striking out five batters while walking three. 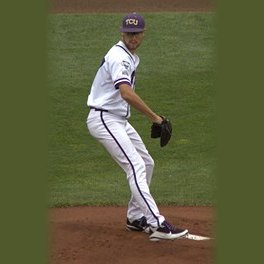 He has given up 10 hits in his four appearances, all out of the bullpen. Purke had one of his best performances of the season when he pitched three innings in a 10-5 loss against the Nationals in Chicago Tuesday night. In three scoreless innings, he allowed three hits and struck out four while walking none. Purke played his college baseball at TCU before spending the last five seasons in the minor leagues.

He has had stops at Scottsdale, Hagerstown, Potomac, Harrisburg and Charlotte. He was recently called up to the Major League roster where he has been used as a reliever. Purke was originally drafted in the first round of the 2009 MLB Draft by the Texas Rangers before going to TCU. He was then taken in the third round of the 2011 MLB Draft by the Washington Nationals.