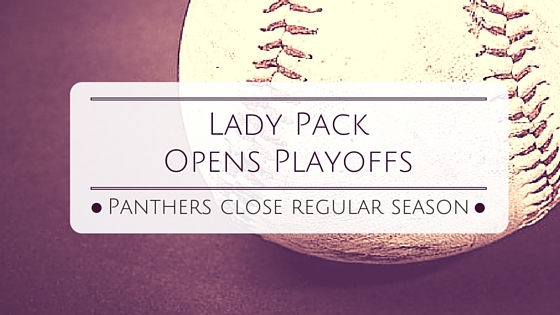 After a wildly successful regular season, the Lufkin Lady Panthers will look to make a run at the state tournament in Austin as they open the playoffs later this week.

The Lady Panthers will open the playoffs against Texas High in a best-of-three Class 5A Region II Bi-District Playoff starting on Thursday night.

The first game of the series will be on Thursday night at 6 in Texarkana.

The series will shift to Lufkin on Saturday for the second game, which is set for a 2 p.m. start. If necessary, a third game would follow 30 minutes after the conclusion of the second game.

Lufkin is coming off just its third loss of the season, a 6-2 setback in a playoff warmup game against Willis on Saturday afternoon.

The Lady Panthers scored the first two runs of the game before Willis came back with the next six runs.

That loss was just Lufkin’s third of the season and the first since non-district action.

Lufkin’s opening-round opponent, Texas High, is unranked in the state poll after finishing in fourth place in District 15-5A.

Before opening the playoffs, the Lady Panthers will play their regular season finale tonight at John Tyler. It will be John Tyler’s Senior Night.

Lufkin baseball playing at Corsicana Tuesday night – The Lufkin Panthers will look to close in on the second seed in District 16-5A when they play at district-leading Corsicana at 7 tonight.

Corsicana is 11-0 in district action and is looking to close out a perfect district slate. When the teams met in Lufkin earlier this season, a four-base error cost the Panthers in a 2-1 loss in 10 innings.

The Panthers are coming off a 3-0 loss against The Woodlands in a non-district game in Livingston on Saturday afternoon.

Lufkin can wrap up the second seed in the district with wins in its final two games.

Lufkin will return home for Senior Night on Friday night at 7 when it takes on Jacksonville.