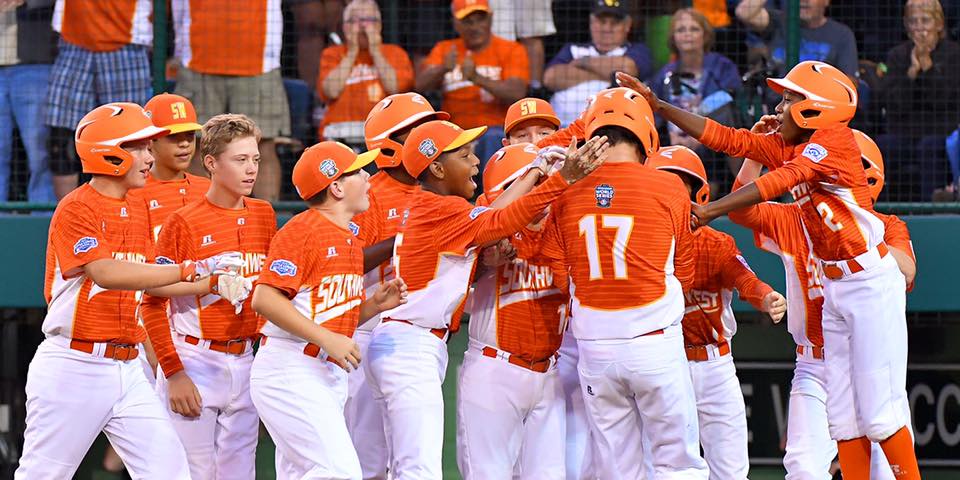 It has already been a summer the Lufkin Little Leaguers will never forget. Now they will look to put their names in the record books as they take on Greenville, N.C. in the U.S. Championship Game in Williamsport, Penn., this afternoon.
The game is a rematch of what has been the best game of the Little League World Series when North Carolina battled its way to a 2-1 win over Lufkin on Wednesday night.
In that game, Matthew Matthijis was lights out on the mound, striking out 12 of the 14 Lufkin batters that came to the plate while not allowing a single hit. That included 11 consecutive strikeouts to finish the game.
However, he won’t be eligible to pitch today due to Little League’s pitch count rules.
That doesn’t mean it will be a cakewalk for Lufkin as he has had plenty of help around him. In fact, North Carolina has allowed one run on one hit in 17 innings from three pitchers over three games.
Chase Anderson started on Wednesday night and pitched the first 2 2/3 innings, allowing Lufkin’s one run on one hit and a walk with two strikeouts.
Lufkin’s Hunter Ditsworth, who pitched five innings of one-run baseball on Wednesday night, is also ineligible to pitch in today’s game due to pitch limit rules.
But like North Carolina, Lufkin has more than one option on the mound as it will turn to Collin Ross, who already has a complete-game win to his credit.
In addition, Lufkin’s bats went to work again on Thursday night, scoring 14 runs before a single out was recorded in the fifth inning.
They will need to find some of that same magic against a tough North Carolina pitching staff.
Today’s championship game is a winner-take-all contest despite North Carolina being undefeated and holding a win over Lufkin.
Today’s game is set for a 2:30 start and will be televised on ABC. The International Championship game between Japan and Mexico is set for 11:30 a.m. and will also be televised by ABC.
The winners of those two games will play in the World Championship on Sunday afternoon at 2 p.m. in a game that will also be televised by ABC.
The losers will play in a third-place game on Sunday morning at 9 a.m.
Tweet Pin It