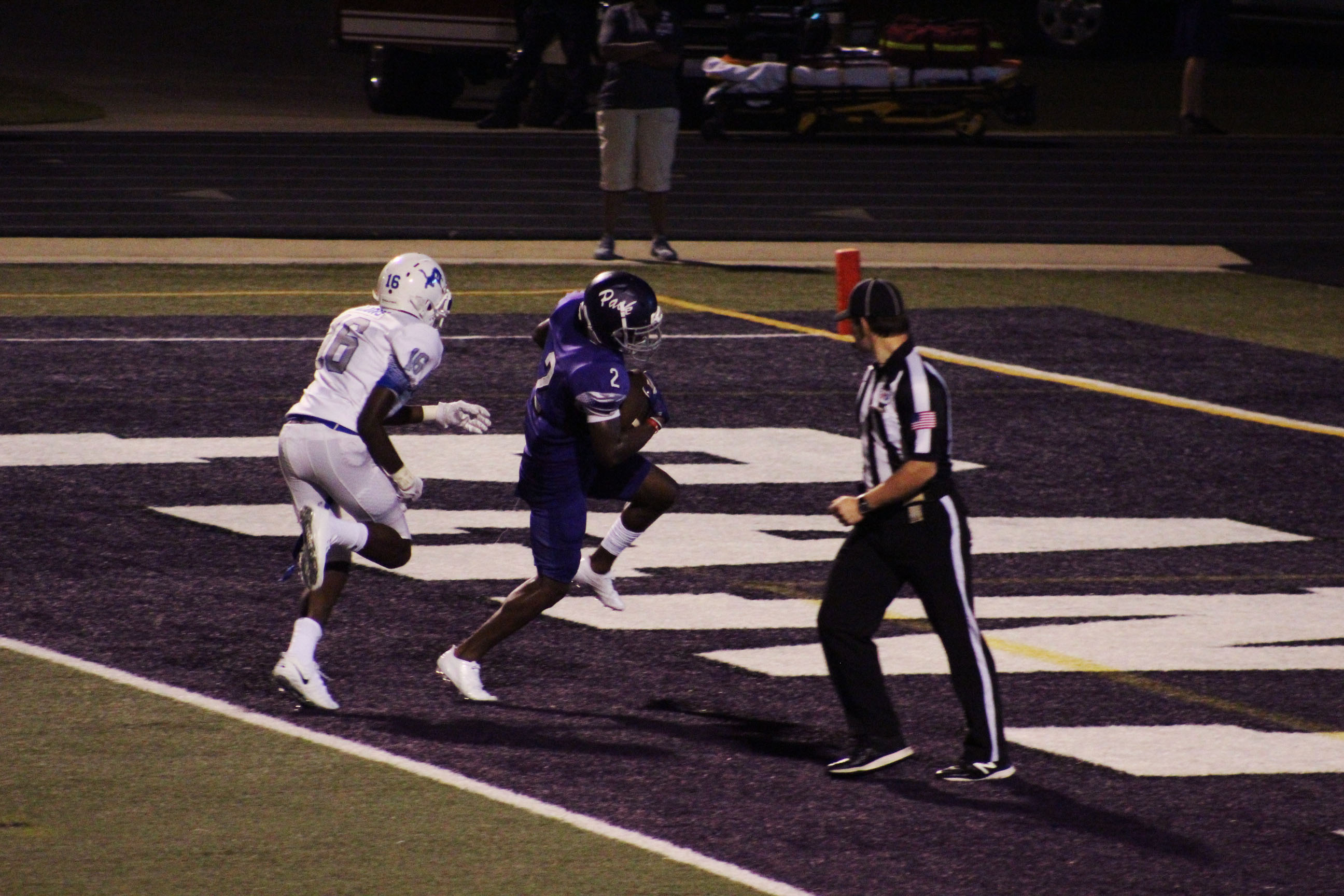 In the weeks leading up to the 2017 season opener, Lufkin head coach Todd Quick emphasized how the non-district schedule could prepare the Panthers to be serious contenders in what promises to be a tough 16-5A.

It’s been so far, so good for the Panthers in 2017. After a young team struggled in a loss to Longview, it overcame a shaky start on the way to a 45-28 win over the Nacogdoches Dragons.

The Panthers followed that with their most complete performance of the season in picking up a 44-34 win over the previously undefeated Nacogdoches Dragons on Friday night.

While it wasn’t a flawless performance, it was one that showed just how dangerous the Panthers can be.

After a back-and-forth first half, Lufkin reeled off 23 unanswered points to take control of the game then withstood a late rally to get a little bit of payback from last year’s season-ending 50-49 loss.

The Panthers will have one final non-district test before opening the district schedule next week at College Park.

Following is a look back at Friday night’s win.

Offense: Isaiah Phillips has proven he can be the workhorse for the Lufkin offense as he has three straight 100-yard games to start the season.

That continued against John Tyler when he ran for 123 yards and a touchdown on 22 carries.

But what made the Panthers even more dangerous was the play of QB Kewone Thomas, who proved to be a threat both in the running and passing game.

“People are going to figure out the boy can play the game of football,” Lufkin head coach Todd Quick said following the win.

Possibly Lufkin’s biggest playmaker was Malik Jackson, who caught two passes for 48 yards, both of those going for touchdowns, and also ran for 80 yards and a score on four carries.

John Tyler never found an answer for Lufkin’s dynamic playmaker, who averaged 21 yards each time he touched the ball.

“He’s a player and we know that,” Quick said. “He can carry us even when people know he’s going to get the ball. We’ll have to get him more touches and let him play the game.”

Defense: The Panthers’ defense was able to keep John Tyler off track by slowing down a running game that had been effective in the first two weeks of the season.

John Tyler finished the night with 110 yards on 31 carries, an average of 3.5 yards per attempt.

However, the Lions were able to set a new season high in passing as Devlen Woods threw for 324 yards and three touchdowns on 21-of-33 passing.

Much of that came when John Tyler scored 20 straight points to turn a 37-14 deficit into a three-point game.

However, the Panthers were able to slow down a high-powered offense enough to come away with their second straight win.

“We had six or seven guys running to the ball,” Quick said. “The kids played with good effort.”

Special teams: The Panthers had another effective night in the kicking game, although Rodrigo Molina missed his first extra point of the season.

He eventually made his other five extra points and also connected on a 30-yard field goal that gave Lufkin a double-digit lead for the second time early in the second half.

Molina also averaged 34.2 yards on his four punts with none of them being returned.

In addition to his exploits on offense, Jackson also had a strong game on special teams where he averaged 14.5 yards on his four punt returns, including a 41-yarder.