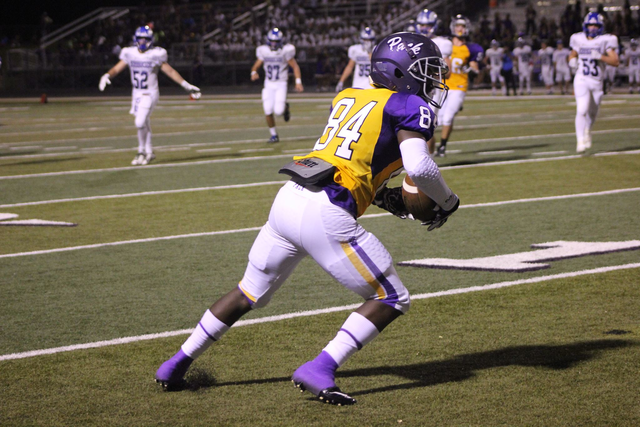 The first three weeks of the season have provided plenty of excitement for the Lufkin Panthers, Continuing rivalries with their longtime East Texas foes, Lufkin started the season with a tough road loss to Longview before heading home for wins over Nacogdoches and John Tyler.

The familiarity won’t be there on Friday night, although the goal is still the same as the Panthers welcome in the Monterrey Tech Borregos for a non-district contest.

“You want to keep building,” Lufkin head coach Todd Quick said. “No matter who’s on the other side, you want to play good football and we need to do that.”

Friday’s game will be the second of a two-year series with Monterrey Tech, a Mexican team that annually visits Texas in search of top-level competition.

This season’s Monterrey Tech squad looks to be improved from last season. The Borregos took a 44-15 win over Uvalde three weeks ago in a game that wasn’t even as close as the score indicated.

In that contest, Monterrey raced out to a 44-0 lead before Uvalde scored a pair of late touchdowns.

Unlike last season when Monterrey relied predominantly on a strong running game, it threw for more than 300 yards in that victory.

That has been Uvalde’s only loss of the season as it followed that with wins over John F. Kennedy (36-14) and Carrizo Springs (34-27).

Friday’s game will be the last non-district contest before the Panthers open 12-6A play at College Park the following week.

“Our non-district schedule should have us ready when district gets here,” Quick said. “You want to keep things rolling.”

The Panthers have had plenty to build on over the last two weeks. Since a loss to Longview, Lufkin has wins over Nacogdoches (45-28) and John Tyler (44-34).

Isaiah Phillips has been the most consistent force on offense with 442 yards and six touchdowns through three games.

In his first season at quarterback, Kewone Thomas has thrown for 508 yards and three touchdowns to go along with three interceptions on 43-of-71 passing. He also has three rushing touchdowns.

Malik Jackson and Ja’Lynn Polk have been his top two targets. Jackson has 17 catches for 158 yards and two touchdowns to go along with six rushes for 119 yards and two scores.
Polk has nine receptions for 159 yards.

On defense, the Panthers have allowed an average of 32 points per game, although they have been able to avoid the big plays that plagued them throughout much of 2016.

Kickoff for Friday night’s game at Abe Martin Stadium is set for 7:30