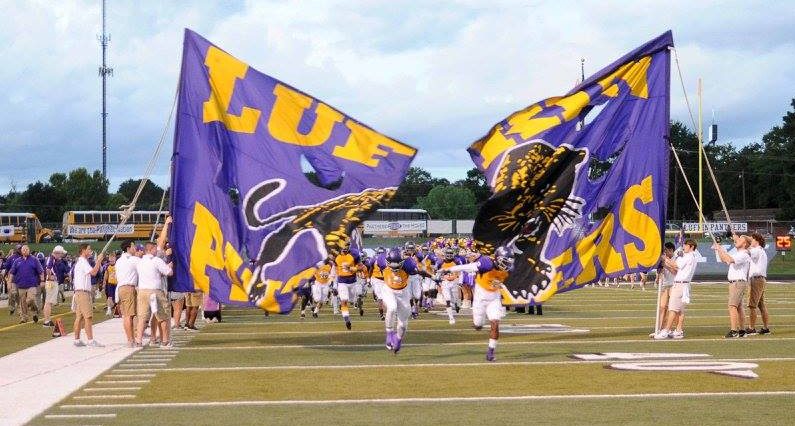 When the 3-1 Lufkin Panthers open district action on Friday night, they will match up with a College Park team that has yet to find the win column in 2016.

The Cavaliers have been outscored 146-56 and have lost each of their four games by at least 19 points.

Don’t count Lufkin head coach Todd Quick as a fan of those numbers.

“It’s the first week of district so everybody’s 0-0,” Quick said. “We have to come out of the box ready to play. We don’t want to dig ourselves an early hole.”

The Cavaliers have struggled to find their footing on the offensive side of the ball. Outside of a 49-28 loss to Klein in the second week of the season, College Park has combined for a total of 28 points.

That includes a 28-0 shutout loss to Pasadena Memorial in the season opener.

College Park has averaged just over 200 yards per game with 120 coming on the ground and 82 through the air.

The Cavs will rely mainly on an option attack with several players getting in on the running game.

“They don’t run the option all the time, but they run it quite a bit,” Quick said. “Everybody has to do their job and take the man they’re assigned to. It all starts with the fullback so we have to stop him first.”

College Park has struggled in the passing game with Turnquest throwing for 304 yards and three touchdowns with two interceptions.

Chase Lane is his top target with 12 catches for 177 yards and two scores.

One problem for College Park this season has been in turnover differential as it has given the ball away 12 times while forcing only three turnovers. In a 33-14 loss to A&M Consolidated last week, the Cavs committed four turnovers.

On the defensive side, College Park has given up an average of 346 yards per contest.

Cooper Lucas is one of the playmakers on defense with a pair of interceptions. He also is a return threat both in the kick and punt return games.

“We need to click on offense like we did two weeks ago,” Quick said. “They’ll mix up some tackles and show some different fronts. We just need to go out there, execute and not put the football on the ground.”

Like Quick, College Park head coach Richard Carson is excited for the fresh start that goes with district action.

Carson was the head coach for Aldine Eisenhower’s state powerhouse team before leaving to head the College Park program.

“It’s gut check time,” Carson said in The Woodlands Villager. “The good thing is that everyone is tied for first after this weekend, and we get to start over. We have some soul searching to do – every coach, every kid, everybody. I will promise you this: we will do it and we will get better. We always do. It’s tough, but we just have to figure out what we can do well and start doing it.”

Kickoff for Friday night’s game is set for 7:30 at John Outlaw Memorial Field at Abe Martin Stadium. Homecoming activities will take place prior to the game.