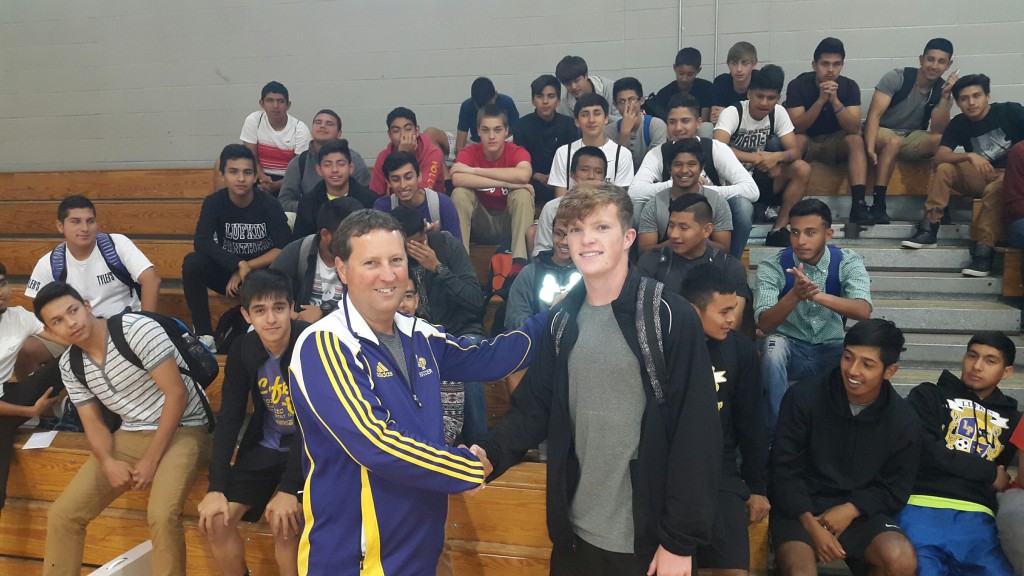 When it comes to individual honors, offensive players are typical the ones to pick up the bulk of the honors. Lufkin defender Kacy Bennett is anything but the typical high school soccer player, and he was recently rewarded for that by being named District 16-5A’s Player of the Year.

He was the headliner for the Panthers, who also put four players on the first-team squad and another three on the second-team.

Lufkin’s three-year starter put a capper on a wildly successful career with the Panthers by being named the district’s best player.

“Being a defender, it’s a little surprising to get awards like this,” Bennett said. “But it’s good to know that all the hard work in the offseason can pay off with something like this.”

Bennett has been one of the stars for the Panthers since he joined the varsity in his sophomore season when he stepped in and made an immediate impact.

His junior year was capped off when he made the game-winning goal in the Class 5A state championship game, heading in a score just before receiving a kick near the face.

It was that type of play that personified the type of player he was throughout his time in Lufkin.

Bennett, who was also a captain this season, was a unanimous choice for the honor, which was voted on by the league’s coaches.

“To get that type of an honor as a defender is very well earned,” Lufkin head coach Russell Shaw said. “He was consistent in every game just making play after play. He’s just a dynamic player.”

Bennett had plenty of help from his teammates as evidenced by the rest of the all-district honors.

Roque, Villegas and Pineda earned their honors in the midfield while Garcia was a first-team performer from his left back position.

“All of those guys put in all the work and believed in our program and now they’re getting the rewards,” Shaw said. “They’ve set the standard around here and they’re a great example for the guys coming up.”

Shaw credited the play of each of those four players as a major reason the Panthers advanced to the regional quarterfinals this season.

“(Gustavo) could really control the game for us at left back. Alexis was our quarterback on the field, controlling the game. He led us with 11 goals.

“Cristhian has one of the greatest attitudes you’ll ever see and he played five different positions for us. Sammy was the tone setter for us going into every game. He let the other team know it was going to be tough to beat us.”

Lufkin also had three players named to the second team with senior Dorian Bravo being joined by sophomores Gustavo Garcia and Edgar Anaya.

“Dorian was our other center back along with Kacy and they were the backbone of our team,” Shaw said. “And our two sophomores indicate that this team has a bright future. They really stepped in for us when we needed them this year.” 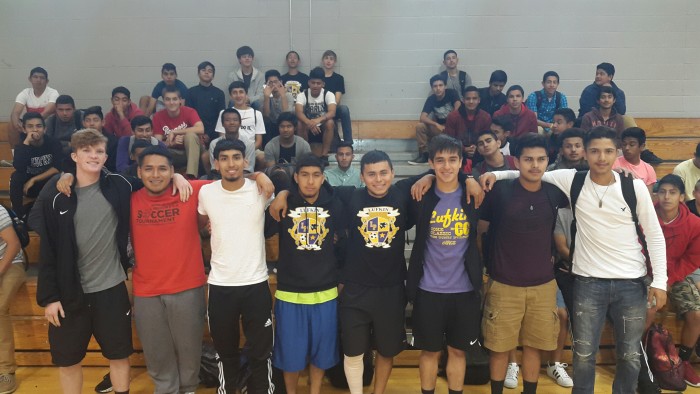