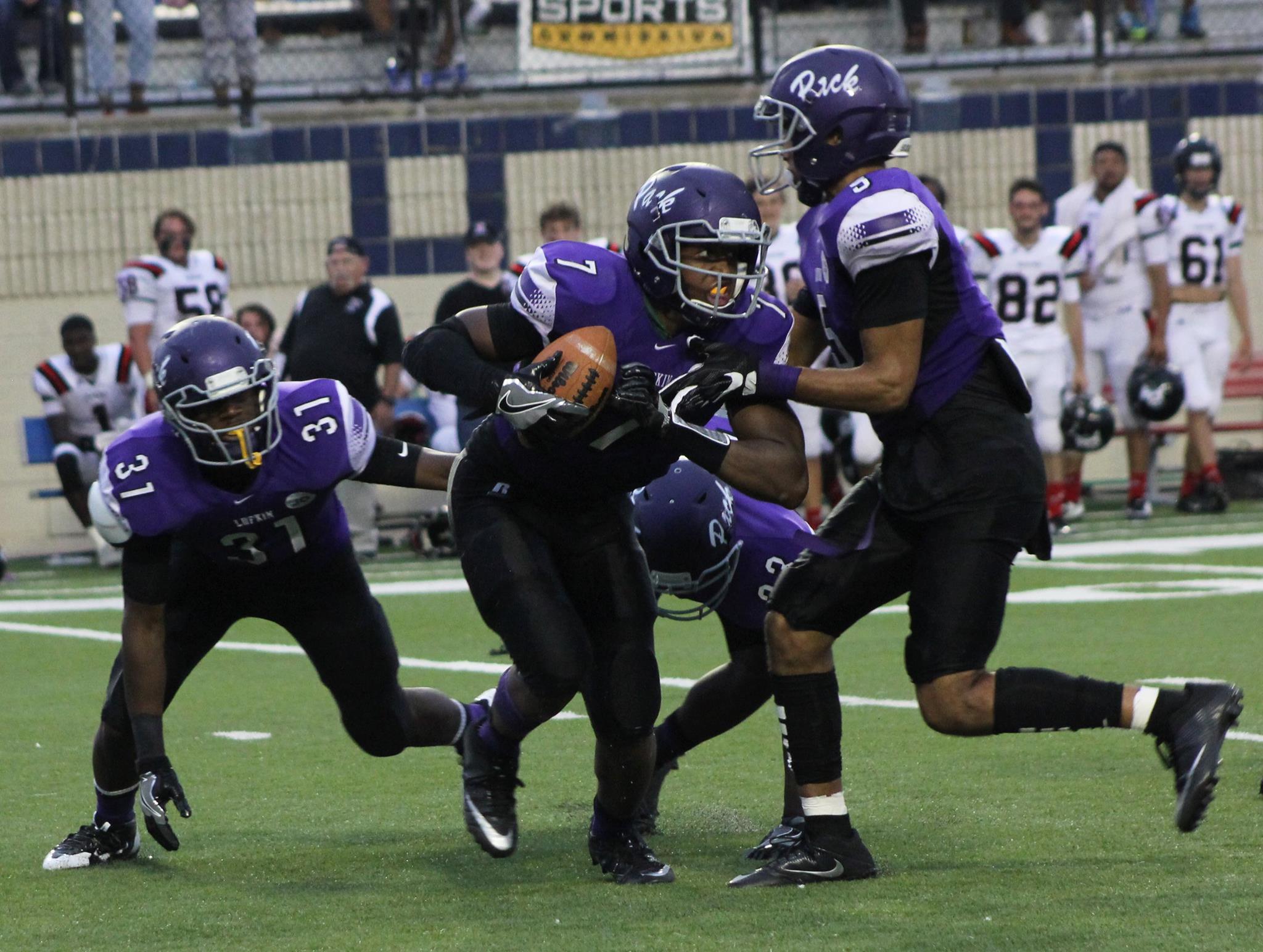 It’s been quite a ride for the Lufkin Panthers’ offense in the early going. Midway through the regular season, Lufkin has put up an average of 44.8 points per game.

The Panthers have put up at least 35 points in each game, and with their biggest test of the season ahead of them against The Woodlands Highlanders on Friday night, they know they still have plenty of work ahead of them.

“There are always things you can get better at,” Lufkin head coach Todd Quick said. “They’ve done good things, but our main goals are still ahead of us.”

Lufkin’s high-powered offense starts with second-year starter and Texas State commit Kordell Rodgers. In his second season leading the offense, he is on pace to surpass all his numbers from his junior year.

So far this season, he has thrown for 1,620 yards and 17 touchdowns with only two interceptions on 92-of-132 passing.

In the win over College Park on Friday night, he had his most efficient game of the season, throwing for 420 yards and six touchdowns on 22-of-26 passing. He also has four rushing touchdowns.

Making Rodgers even more dangerous has been the consistent play throughout the wide receiving corps.

Lufkin has four receivers that have at least 10 catches this season. That group is led by Dhailon Phillips, who is averaging over 100 yards per contest. So far this season, he has 26 catches for 586 yards and five touchdowns.

He has plenty of help around him. Malik Jackson is another big-play threat as he has 19 receptions for 452 yards and three touchdowns.

Javante Ellington has 22 receptions for 298 yards and three touchdowns.

Not to be overlooked is Breylon Garcia, who is just as effective in the secondary as he is at receiver. The Lufkin sophomore has 11 catches for 117 yards and a touchdown.

“It helps when you have more than one guy teams have to worry about,” Quick said. “If you focus on one guy, somebody else can make a play.”

The passing game has gotten much of the attention, but the ground game led by Kahlil Brown makes the Panthers more of a multi-dimensional attack.

Brown has rushed for 586 yards and 10 touchdowns on 104 carries as the Panthers’ primary ground threat.

Paving the way for that offensive attack has been an offensive line that was unproven before the season but has shown improvement throughout the year.