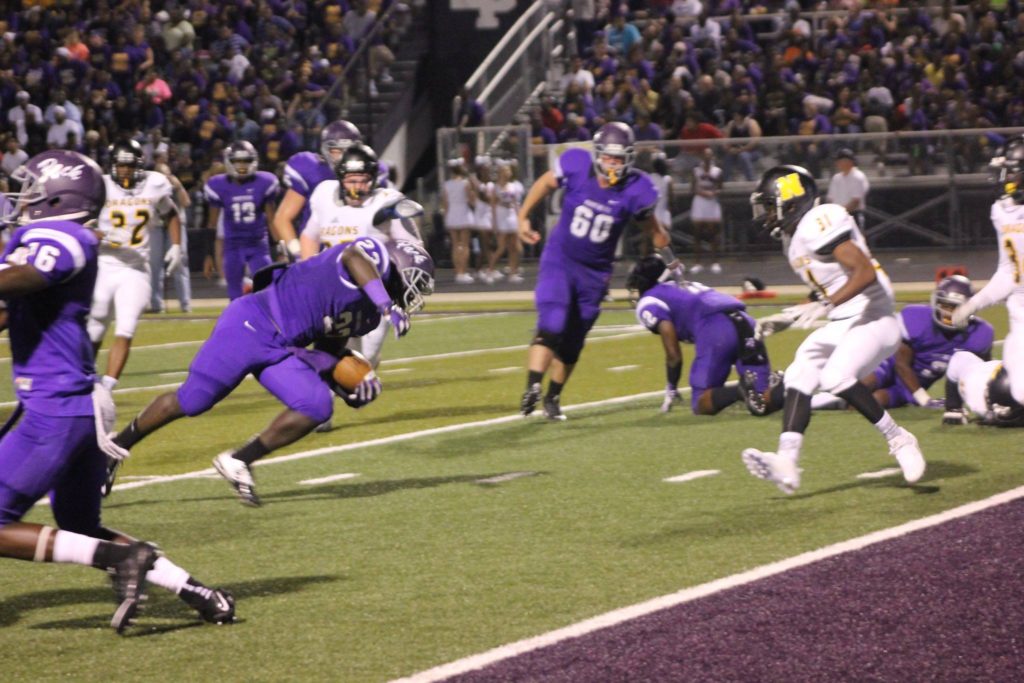 For years, the biggest question in the Lufkin/Nacogdoches rivalry was if it even should be played. With the Panthers dominating the series, including 19 straight wins in between 1993 and 2012. With most of those scores of the blowout variety, the main question was what good the game was doing for either team. That all changed in 2013 when the Dragons stunned the Panthers, 28-24.

They followed that with an equally surprising 38-35 victory over Lufkin in 2014. With the Dragons following that up by consistently becoming playoff contenders, it was clear the rivalry was no longer a walkover for the Panthers.

“You’ve got to be ready to play whoever walks onto the field,” Lufkin head coach Todd Quick said. “Those games aren’t our focus this week though. What matters is how we play on Friday night.”

The Panthers restored some order to the rivalry when the Dragons visited John Outlaw Memorial Field at Abe Martin Stadium last season. Lufkin led 28-0 just four minutes into the second quarter before coasting to a 38-0 win. The Dragons finished the night with 114 total yards, averaging less than two yards per play. Some current Panthers were in on the action.

Isaiah Phillips had a 35-yard fumble return for a touchdown, Dhailon Phillips had five receptions for 129 yards and two scores and Kordell Rodgers threw for 225 yards and a pair of scores. The Panthers will look for a repeat of that on Friday night, although they aren’t expecting anything to come easily. “Nacogdoches is always a big game,” Quick said. “You can throw everything else out the window and just go out there and get it on on Friday night.” Kickoff for Friday night’s game is set for 7:30.