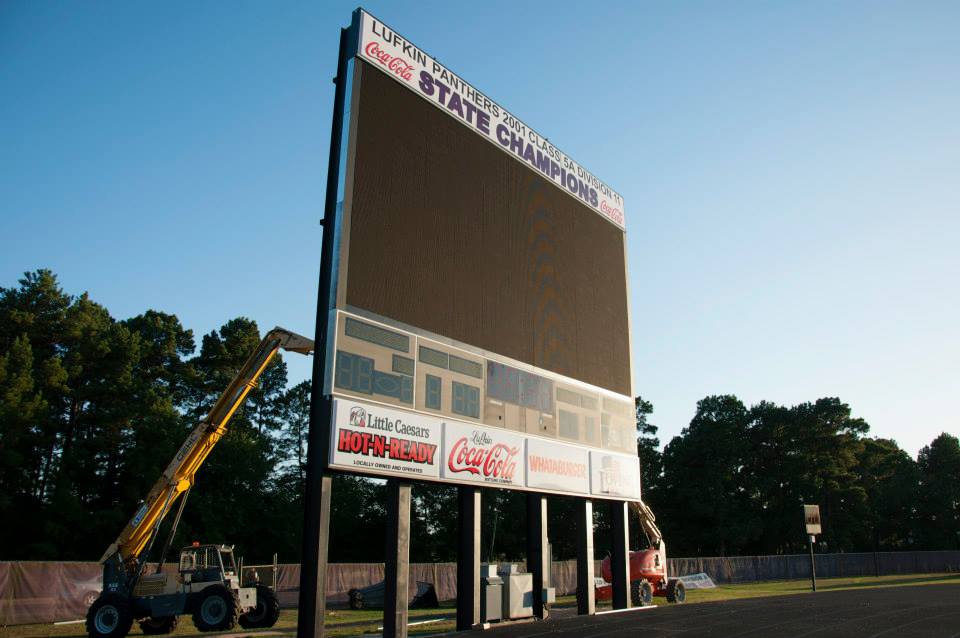 Panther fans will catch replays and game announcements in high definition with ‘Packtron,’ the new HD screen and scoreboard at Abe Martin Stadium.

The setup is a sight to behold – three times larger than the old replay screen with a 20mm true pixel strength, which means many more pixels + closer together = better picture. The screen is composed of nine large panels that are connected together, reaching 35 feet wide and rising over 17 feet. 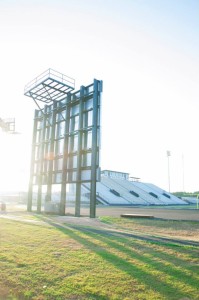 replay screen and scoreboard have been a project of the Sideliners’ Club, a booster club that supports all Lufkin High School clubs and sports, which has been raising the necessary funds to the get screen updated. “The school hasn’t had to pay a dime,” said Mike Capps, Sideliners treasurer and Commerical Bank of Texas Vice President for Angelina and Houston Counties.

“It was getting to the point we could no longer secure parts for the old sign,” said Capps. “The old screen was over 11 years old and the scoreboard was probably 15 years old.”

The sign and updated speakers could come to life as early as next week, as the Panthers are preparing for the 2015 fall sports season. But, Capps added that it’s a project he believes supports all of Panther Nation, keeping in line with the Sideliners mission.”It’s not just for football,” said Capps. “Lufkin High School hosts Special Olympics, track meets, and last year, hosted nine play-off games.”

“We hope the enhancement is a source of pride,” he said. “We want it to be something that generates more scholarships for our Panthers by keeping fans coming.”