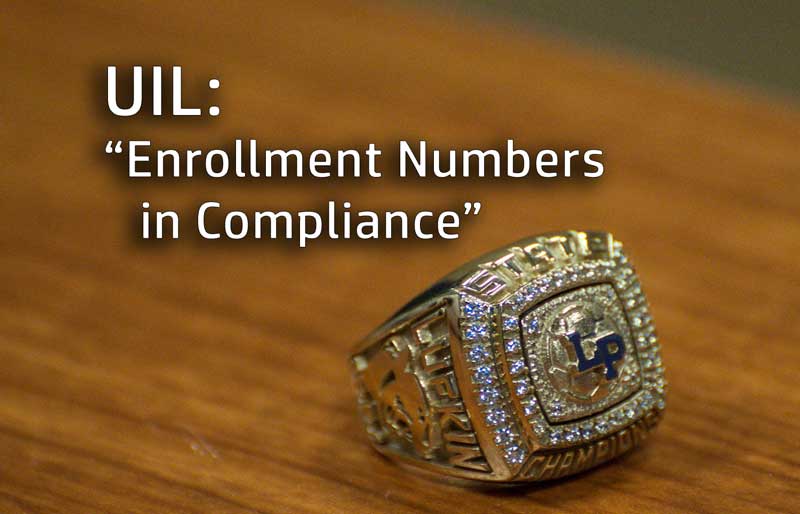 Lufkin, TX — The Lufkin Independent School District has received written confirmation from the University Interscholastic League that the District’s submission of student enrollment figures in October 2013 was in compliance with UIL rules and policies governing the reclassification and alignment process.

After a request from the University Interscholastic League for a report from the Lufkin Independent School District regarding the enrollment numbers submitted in 2013, the District immediately initiated a review of all enrollment.

The Lufkin Independent School District operates a comprehensive and complicated series of programs designed to ensure the success of all students, regardless of special needs or life circumstances. After an exhaustive investigation by the school district of each of these programs, and a review of the UIL rules and policies, the school district submitted its report.

Applying the UIL eligibility rules to these programs, the UIL has determined that the school district’s enrollment figures are legitimate and that no violation of UIL rules and policies has occurred.