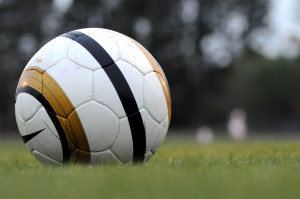 Just minutes before the clock turned to 12, the Lufkin Panthers’ soccer team made sure it didn’t strike midnight on their run at a second straight title.

After getting a late start due to the Lady Panthers’ lengthy game, then enduring a pair of overtimes and a shootout, the Panthers finally outlasted a tough Waxahachie team with yet another memorable playoff victory.

After the teams battled to a 2-2 tie in regulation and through two 10-minute overtimes, Jose Cuc came up with a diving save to send the Pack on to the regional quarterfinals, where they will take on Mansfield Lake Ridge at 7 Tuesday night.

“By the time we were all done and we were in the parking lot talking, it was 11:30,” Lufkin head coach Russell Shaw said. “But it was well worth the wait. It certainly wasn’t easy for us, but they found a way to get it done one more time.”

On a night that was anything but routine, Lufkin built an early lead, but at times was its own worst enemy as an own goal helped Waxahachie put the Panthers in a 2-1 second half hole.

As has been the case throughout a nine-match playoff winning streak, Lufkin had the answer when it tied the game in regulation.

The Panthers just missed out on a chance to win the game in the first 80 minutes before a shot bounced off the crossbar, forcing it into overtime.

“That one certainly would have made it easier on my nerves,” Shaw said. “If that one goes in, we’re packing it up and heading to the house. We stuck with it though.”
The Panthers battled dehydration and cramping throughout the overtime but fought through it before landing in penalty kicks at Trinity Mother Frances Rose Stadium for the second time in as many playoff runs.

The shootout went into extra kicks with Lufkin’s Dorian Bravo connecting on the Panthers’ seventh attempt. That set the stage for Cuc, who saved the final attempt.

“Usually in that situation, you’re going to win it if you get one save,” Shaw said. “He had to make three of them. The last one in particular was great. He was getting a really good jump on the ball.”

Lufkin got the early lead when Sammy Villegas stole a pass and converted it into a goal.
However, that didn’t last long when the Panthers’ clearing attempt ended in the back of their own net, tying the game at 1-1.

Waxahachie then put Lufkin on the ropes on a long distance shot in the second half.

The Panthers had the answer as Alexis Roque sent a shot toward the goal. It was deflected to Hilario Villegas, who found the back of the net for the equalizer, setting up the late fireworks.