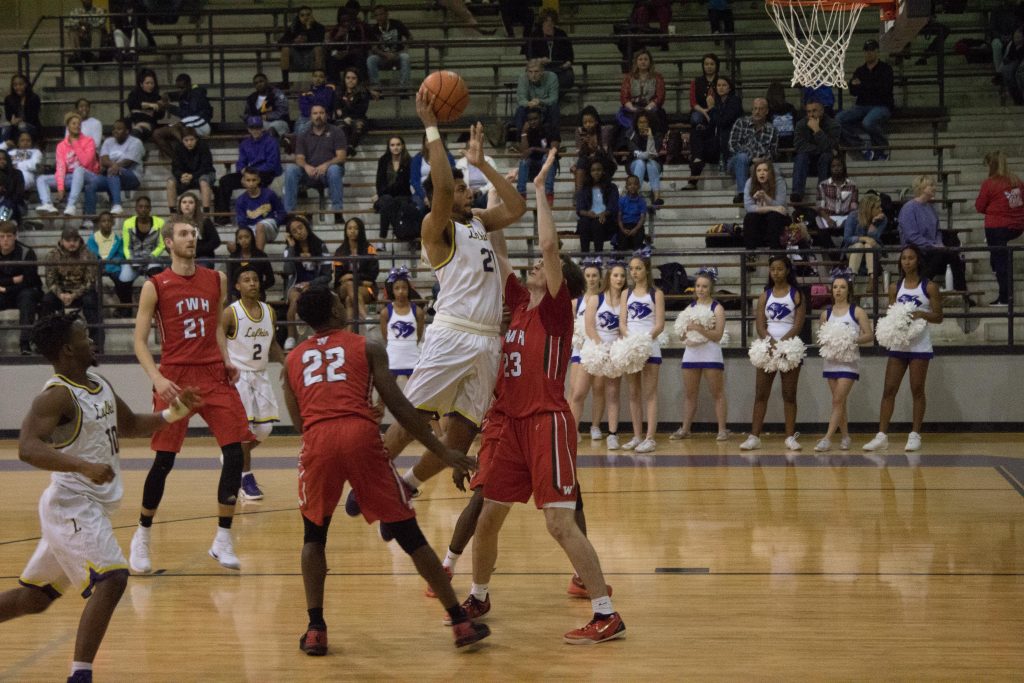 Needing a win in the regular-season finale just to make it into the postseason, the Lufkin Panthers showed they are no one-hit wonders as they picked up a thrilling 57-55 win over the Mesquite

Courtnee Garcia had a big night for the Pack as he led the way with 17 points, while Kordell Rodgers added 11.

Anthony McGee led the way for the Skeeters with 28 points.

It was a back-and-forth night for the Panthers as they trailed by nine points in the first quarter and were in a 15-11 hole after the first eight minutes.

The Panthers surged in the second quarter, eventually taking a 28-24 lead into the halftime break.

Lufkin extended that margin out to nine points in the third quarter and led 38-33 headed into the final eight minutes.

However, it wasn’t clear sailing in the final eight minutes against a determined Mesquite team as the Skeeters pulled ahead in the final minutes.

However, the Panthers made enough baskets down the stretch to preserve the two-point win.

Lufkin now advances to take on either Lakeview Centennial or Richardson Berkner in the area round of the playoffs.