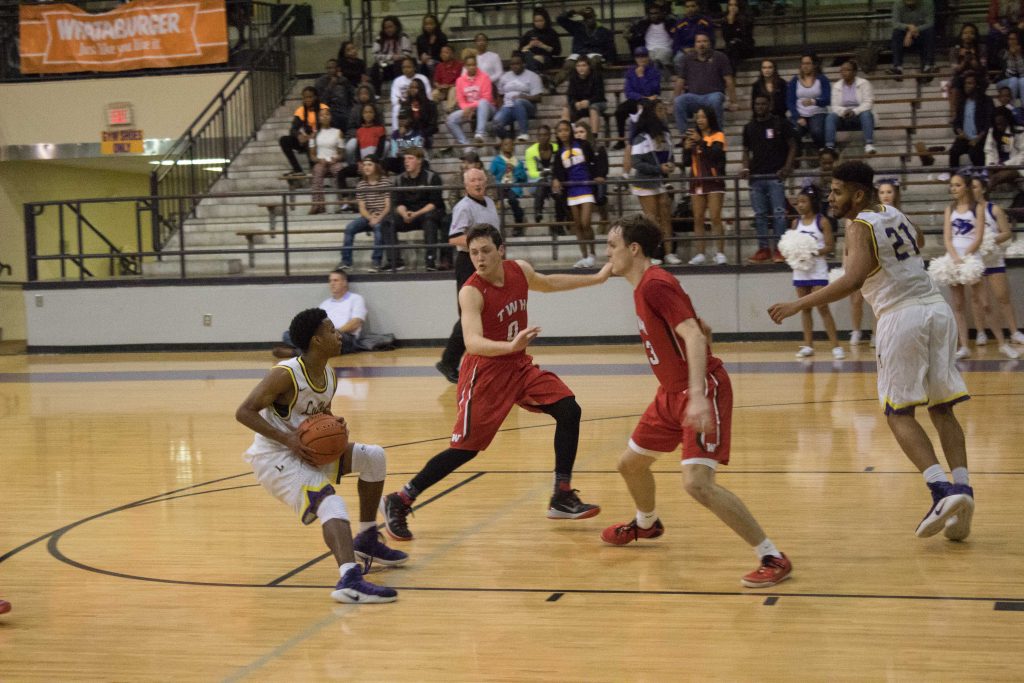 Entering the regular-season finale against district champion The Woodlands, the Lufkin Panthers needed a win simply to insure itself of a spot in the postseason. Two weeks and three wins later, the Panthers are a single win away from punching a ticket to the regional tournament.

The Panthers overcame a first half in which they only scored 15 points as they turned it on late on their way to a 56-48 win over Richardson Berkner in a Class 6A Region II Quarterfinal matchup at Tyler’s Wagstaff Gymnasium on Friday night.

The Panthers’ second playoff win came on a night in which they struggled to find the basket in the opening half. Berkner was coming off an upset win over sixth-ranked Lakeview Centennial on Tuesday night but was unable to take advantage of some cold Lufkin shooting thanks to a swarming Pack defense.

The Panthers found themselves in an early hole, trailing 14-10 after a quarter.

Lufkin didn’t find it any easier in the second quarter as it scored just five points and found itself in a 22-15 hole headed into the halftime break.

Lufkin eventually trailed by a single point at 32-31 headed into the final eight minutes.

It was a back-and-forth fourth quarter for the teams as they were in a 48-48 deadlock headed into the final two minutes of the game.

The Panthers then finished with a flurry, scoring eight points while holding Berkner to none in the final minutes. That left the Panthers with the eight-point win.

Lufkin has another tough test ahead of it as it will now prepare to take on fourth-ranked Dallas Skyline.

A time and site for that game is still to be determined.