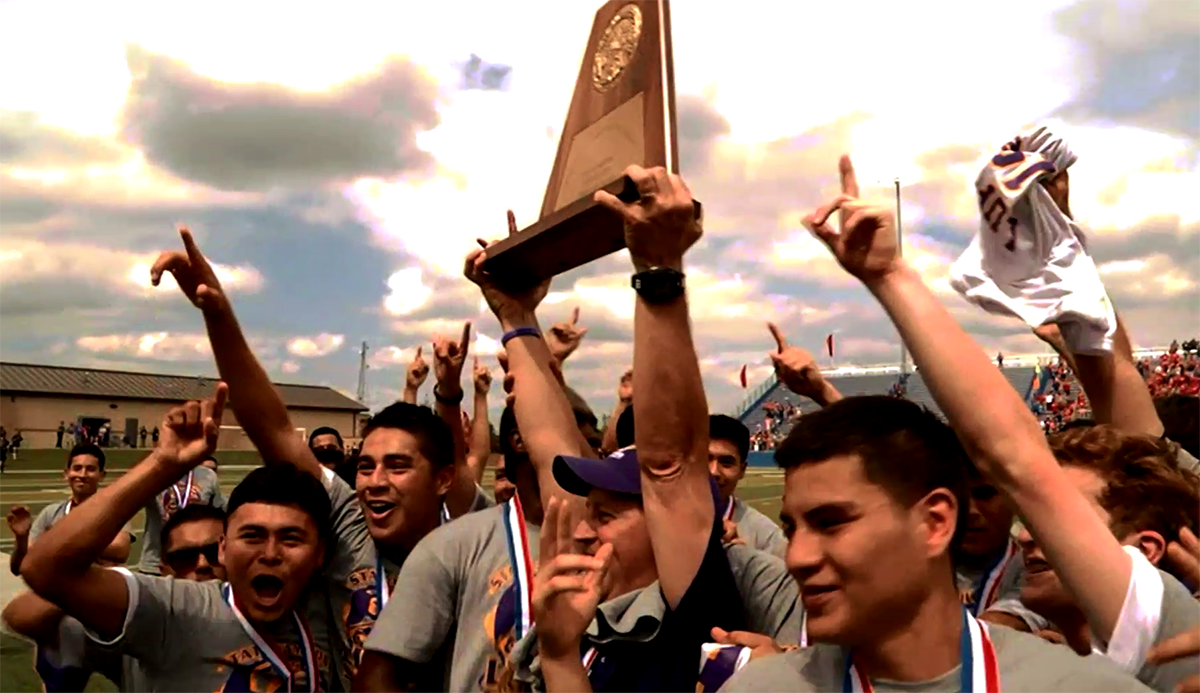 When the Lufkin Panthers’ soccer team lifted their first-ever state championship trophy, they brought plenty of attention to a consistent program that had finally reached the pinnacle of the sport.

The first-ever East Texas team to bring home a state title was honored at an MLS soccer game in Houston, at a parade in downtown Lufkin and in various events across the area.
In addition to those honors, the Panthers also got the bull’s-eye that goes along with it. Now seeking a repeat, Lufkin is the standard bearer in the region.
“Since we won it last year, we’ve had to deal with getting everyone’s best shot,” Lufkin head coach Russell Shaw said. “We’ve got a young team and not just a lot of guys that played a lot of minutes last year. But everybody knows we won it last year, so we get the best game from everybody we see.”
Lufkin hasn’t shied away from that challenge. Instead the Panthers have embraced it.
Lufkin battled through a tough district in which it finished in second place with a 6-2-4 record. The Panthers are 13-5-5 on the season.
Now that the Panthers are in the playoffs, they know what the stakes are.
“Our focus is on defending the title,” Shaw said. “We’re really trying to focus on playing as well as we can. We want to leave it all on the field.”
The Panthers feature plenty of youth, although their returning players from last season’s state championship team have led the way.
Kacy Bennett, who scored a goal in the state championship game last season, leads the way along with Alexis Roque and Sammy Villegas.
“Having Kacy back there after what he did last year has really helped a lot,” Shaw said. “And Alexis has really grown into a player that controls the middle of the field. Sammy brings a belief and confidence to the team as well.”
With the youngsters mixed in with that group of youngsters, Lufkin seems to have hit its stride at the right time as evidenced by the win in the playoff opener. That win followed up a runner-up finish in District 16-5A.
“Of course we wanted to win district, but we’re in the playoffs now and that’s where we want to be,” Shaw said. “We gained a lot of confidence in the last few weeks and we feel like we’re playing our best soccer of the season now.”
Next up for the Panthers is an area playoff matchup against Waxahachie, a 2-0 winner over South Oak Cliff in the opening round of the playoffs.
Waxahachie has a 14-4-3 record on the season and the Indians were 10-3-3 in district action.
“We don’t know a whole lot about them,” Shaw said. “But we know the teams are going to get better and better as we go along. And just like it’s been all year, we’re going to get everybody’s best shot.”
Kickoff for Friday night’s game at Trinity Mother Frances Rose Stadium is set for 8. The winner of that game advances to face the John Tyler/Mansfield Lake Ridge game next week.
Tweet Pin It