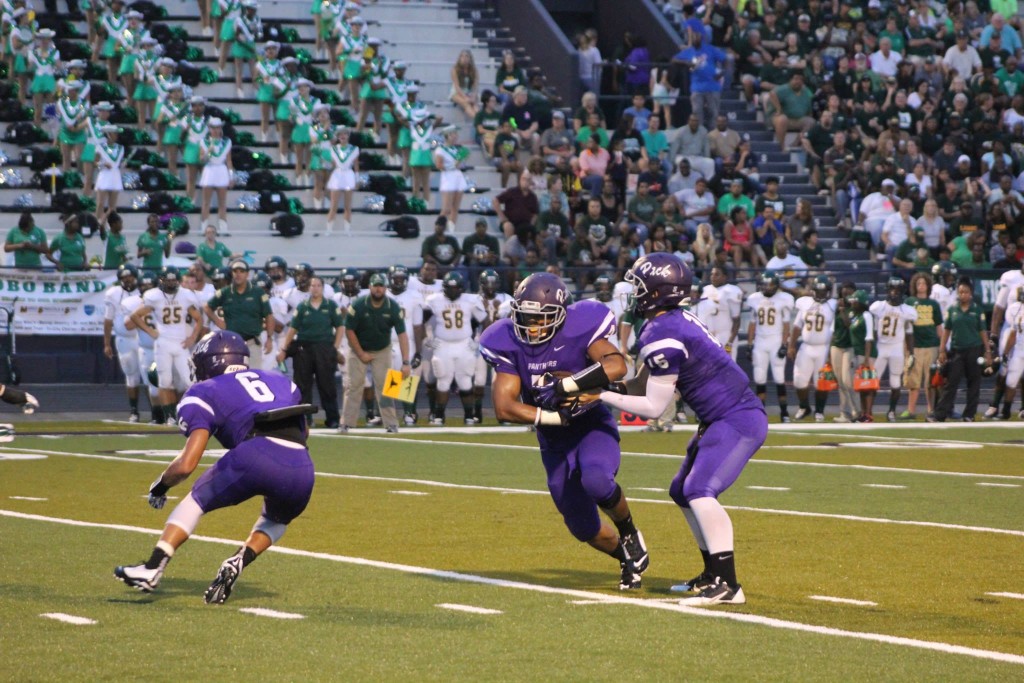 Friday’s win against the Longview Lobos, 44-14, at Abe Martin Stadium was indeed a championship worthy game, and it was only the beginning of the season.

Highlights of the game begin with the Panthers answering the Lobos’ first scoring drive with a 10-yard jaunt across the line by Blake Johnson, followed just a few minutes later by an 8-yard run by Steven Sowell.

Longview evened the 14-7 score with another Lobo push to the goal line that took most of the second quarter. From there, the Panthers’ took over the remaining 4 minutes and change, filling the end of the second quarter with a flurry of huge plays, led by quarterback Trey Cumbie and wide receiver Keke Coutee.

It began with a 38-yard pass from Cumbie that sent Coutee into the endzone, bringing the Panthers back on top with 1:58 left. Javier Montez made a 42-yard kick, making it a 24-7 game at 1:26. It was Coutee’s electrifying 68-yard punt return for a goal with the clock bleeding out that had the Panther fans on their feet and ending the first half with a decisive 34-14 lead.

The Panthers continued to hold the Lobos offense in check to zero points in the third and fourth quarters, while maintaining an offensive drive that put another 13 points on the board, despite a penalty on a long pass to Coutee who passed the goal line.

The Panthers will put their winning momentum against the Tyler Lee Red Raiders in non-district play this Friday, Sept. 5, at Abe Martin Stadium in Lufkin, Texas, with kickoff set for 7:30 p.m.