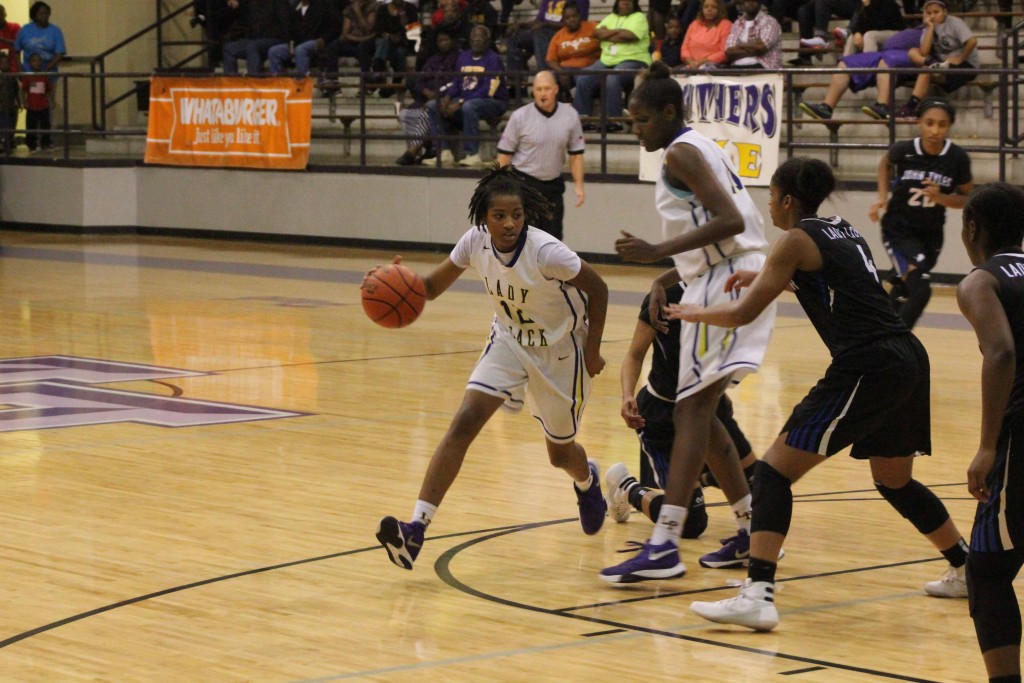 Radaija Miller brings the ball around the top of the key during Tuesday’s match against the John Tyler Lions at Panther Gymnasium. (Photo: Misty Boggs | MSGPR) 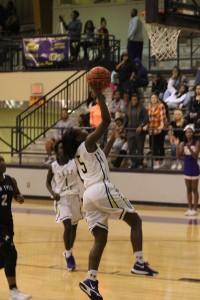 The No. 7 ranked Lufkin Lady Panthers basketball team maintained their winning streak last night against the John Tyler Lions with a 59-55 win at Panther Gymnasium.

The Panthers led at the half 32-20 but had trouble maintaining the double-digit lead as the John Tyler Lions crept to a 42-36 game at the end of the third quarter. During the fourth quarter, it was all about maintaining ball control and keeping an eye on the clock. The Lions tried to close the gap through the last second as a three-point ball swished through the basket at the buzzer. The Panthers kept just enough distance to keep the win at home, 59-55.

This win puts the Panthers at 16-0 in district play. The Lady Pack will resume district play on January 5 when they play the Dragons at Nacogdoches. They will return home to take on Whitehouse on January 8.