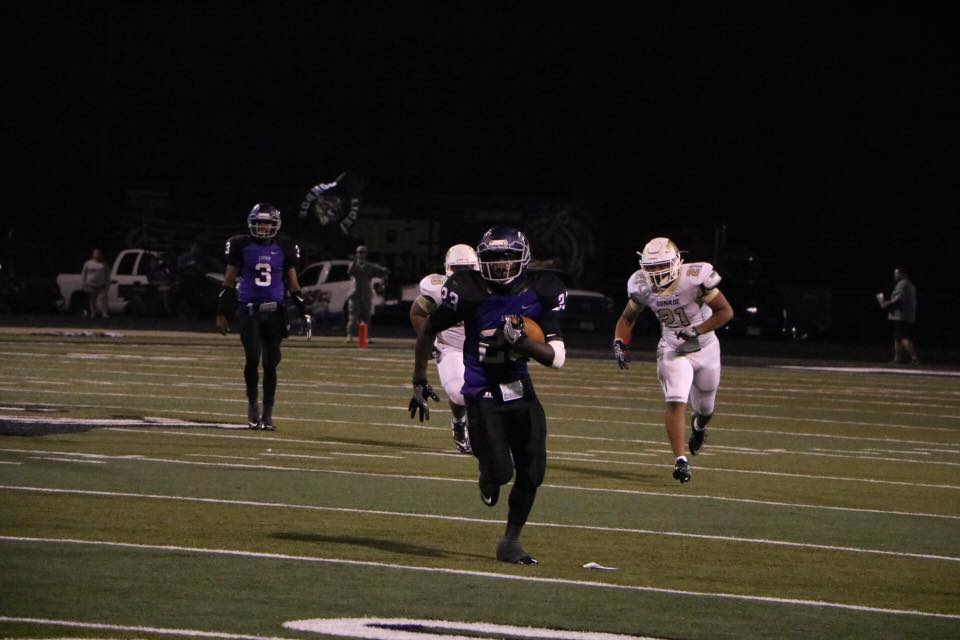 In terms of playoff positioning, the Lufkin Panthers’ game against the Montgomery Bears couldn’t mean less. The Panthers are already locked into the second seed in the Division II playoffs after a 3-2 start to district.

Regardless of the outcome, Lufkin will hit the road next Friday night for the playoff opener.

Montgomery finds itself in a similar situation. The Bears are locked into the second seed in the Division I playoffs and will also be on the road next Friday night.

Montgomery features a running attack led by Alex Nunn and James Jones. Nunn has run for 542 yards and six touchdowns on 96 carries.

Jones has 473 yards and four touchdowns on 55 carries.

In addition, QB Jordan Hood has run for 464 yards and 10 touchdowns on 126 carries. Hood has also thrown for 1,213 yards with eight touchdowns and nine interceptions.

“They’re going to try to line up and run the ball at us,” Quick said. “We need to get them in passing situations and be able to get off the field.

Their running back is a good runner and their quarterback isn’t flashy, but he’s efficient. Their offensive line is consistent and they won’t miss many assignments.”

On the defensive side, Waverly Hampton leads the secondary with three interceptions. The defense has been solid throughout the season as it gives up an average of 328 yards and 29 points per game.

It has been at its best when the game was on the line as a pair of close district wins paved the way for Montgomery to make the playoffs.

“They’re going to give you a lot of looks,” Quick said. “They might stunt on every play. Kordell has to keep his head up and make the right decisions.”

Following Friday night’s game, the Panthers will open the playoffs next week either at John Tyler or Longview.

John Tyler would lock up the top seed in Division II with a win over Tyler Lee on Friday night. A loss against Tyler Lee would drop John

Tyler into the second seed and send Lufkin to Longview if the Lobos can take down a 3-6 Mesquite team.

Kickoff for tonight’s game in Montgomery is set for 7:30.